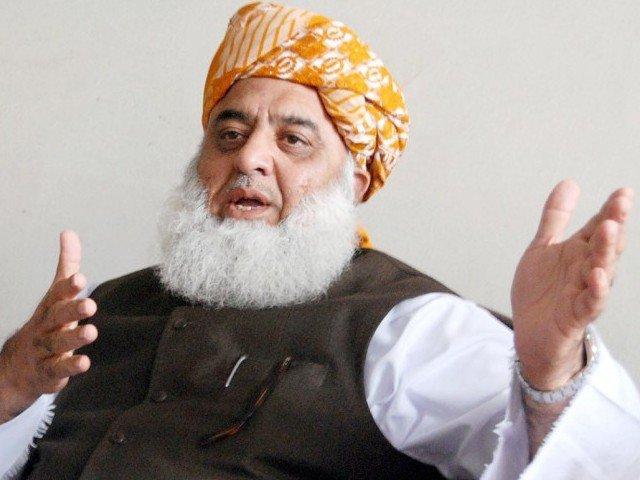 “We reject this rigged government

Our fight is for the independence of the parliament, implementation of the law, and restoration of democracy in Pakistan

All the political parties of the country and the entire nation are on one platform” said Fazl while addressing a PDM gathering in Loralai, Balochistan

“Remember, Imran Khan has to go

It is a fake government and a fake prime minister

He has no vision, sometimes he talks about establishing the State of Medina, sometimes a Chinese system, then an Iranian system, or an American system,” he maintained

“We want supremacy of the Constitution in the country,” he vowed, adding “Either the public or a few strong institutions can be owners of Pakistan

Now, we will not accept the supremacy of institutions in the country, now there will be a rule of the public

” Taking a jibe at the ruling government, the JUI-F leader said, “The public is exasperated with the government

They are levelling allegations against others and calling them thieves

” “This government has doomed the economy

The poor are unable to afford edible items

They have lost their power of purchasing

Mothers are selling their children in the market

Parents are unable to feed their children and are throwing them into canals,” the JUI-F chief claimed

Speaking while chairing a meeting of his spokespersons, the premier stated that the opposition's entire movement was to win a National Reconciliation Ordinance (NRO); "which I will not give,” he asserted

He said the government had set the country's otherwise weak economy on the right path and that, this year, the government will focus on improving its performance and delivery