Fan-less affair, but South Africa’s tour a win for Pakistan 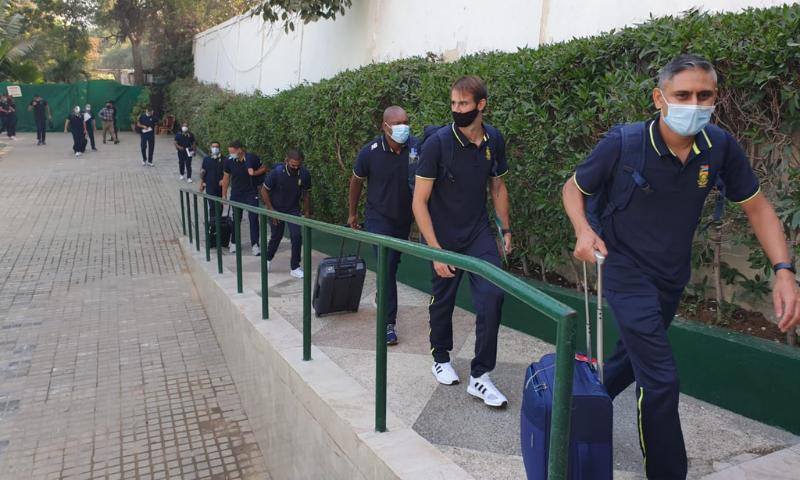 The last time South Africa played any form of cricket in Pakistan, Inzamamul Haq, Younis Khan and Mohammad Yousuf formed the formidable middle-order for the Men in Green

Kamran Akmal and Muhammad Hafeez were the openers in Tests and Imran Nazir was slogging at the top of the order in the ODIs, and believe it or not Shoaib Malik was the captain in both formats

If you look at the bowling department, Muhammad Asif, Umar Gul, Sohail Tanvir and Iftikhar Anjum were the first-choice bowlers across both formats, while the now-banned leg-spinner Danish Kaneria was serving the role that Yasir Shah serves these days

If all that makes you feel nostalgic, then also consider the fact that current head coach and former Test captain Misbahul Haq had just made an entry into the national fray

It would also be pertinent to mention that in 2007, the ICC organised the first-ever T20I World Cup, which paved the way for the inclusion of T20Is in bilateral series

Then came the ODIs

South Africa started the series with a win in Lahore, Pakistan won the next two matches in Lahore and Faisalabad, respectively, to take lead in the series

However, South Africa bagged wins in the next two matches in Multan and Lahore to end the tour with a 3-2 win in ODIs

It has been nearly 14 years since this happened and Pakistan will be looking to avenge the defeat when they face the Proteas with a home advantage, although a fan-less one

Meanwhile, on the note of revival of international cricket in Pakistan, one must praise former PCB chairman Najam Sethi for laying the foundations and then Ehsan Mani and co for building on it

Sethi turned the dream of Pakistan Super League into a reality, something many PCB chiefs before him tried to achieve, but couldn’t get past the planning phase

The process of return of cricketing nations to Pakistan has been slow, but South Africa’s arrival will open the floodgate as they are the first big cricket-playing country to tour Pakistan after 2009

South Africa’s visit to Pakistan will bring back the memories of their 2007 visit for people who were in the stadium 14 years ago, however, it will also serve the purpose of bringing the game at the doorstep of the youth who have grown up without watching international stars visit their country to play cricket

Fans may not be able to throng the stadiums to see Pakistan host South Africa at home due to Covid-19, but it will not take any shine away from the fact that the Proteas playing cricket in the country is a win-win situation for everyone