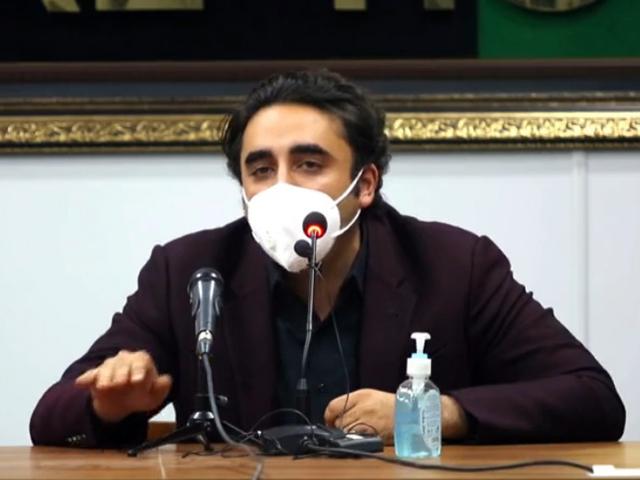 In the wake of the 11-party opposition alliance’s latest push to oust Prime Minister Imran Khan from power, Pakistan Peoples Party (PPP) Chairman Bilawal Bhutto Zardari has maintained that his party will only use constitutional and democratic means to dislodge the government

“We want to establish the democratic rule in the country and will only use democratic ways to remove [PM] Imran Khan from power,” he said on Saturday while addressing a press conference in Karachi

co/RNW2wb6LrQ — PPP (@MediaCellPPP) January 16, 2021   The Pakistan Democratic Movement (PDM), opposition parties’ alliance headed by JUI-F chief Maulana Fazlur Rehman, has given an ultimatum to PM Imran to resign by January 31 or supporters and workers of nearly a dozen opposition parties will march on Islamabad in a bid to topple his government

The PPP leader, in today’s media talk, also announced that his party will participate in the PDM’s protest outside the office of Election Commission of Pakistan (ECP) scheduled for January 19

” On the government’s attempt to hold upcoming Senate elections via open balloting instead of secret voting, Bilawal said the PTI-led government was making judiciary controversial by seeking its opinion over changing the laws on Senate polls

“We hope that the court will not interfere and leave this matter to the parliamentarians,” said Bilawal, alleging that the government’s intention behind making amendments in Senate laws is tantamount to rigging

“I fear that we [Pakistan] might need to wait longer for vaccine due to government’s incompetence,” he added

“Other countries in the region including India have rolled out vaccines but we have not yet signed any agreement,” he lamented

They said, a delegation of PPP will attend the protest outside the ECP's office in Islamabad, adding that Bilawal will visit Umer Kot on the day of the protest and will then attend the PDM's rally planned for Sargodha on January 23

Senior PPP leader Qamar Zaman Kaira, during a media interaction however, said dismissed these reports saying that the leadership and senior members of the party will attend the protest demonstration as planned

There are currently no clear details regarding the participation of the party chief, he said, adding that Bilawal make the final decision after reviewing his schedule