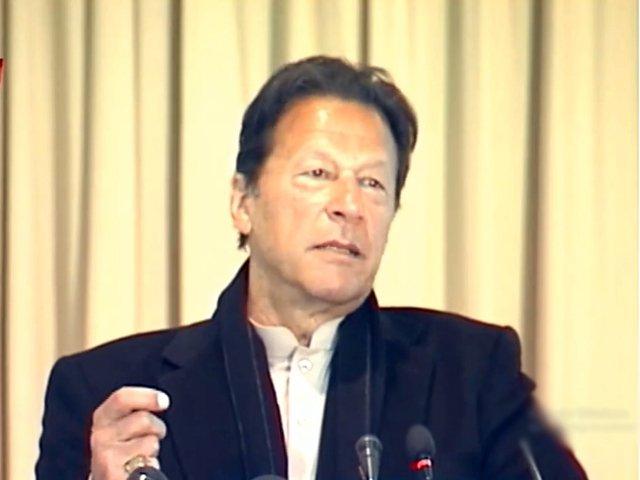 The Covid-19 pandemic, which has drastically changed the world order and claimed millions of lives already, has resulted in the formation and launch of the new labour inspection regime in Punjab, a move which Prime Minister Imran Khan claims “is a good initiative to help promote small and medium industries, besides strengthening the country's economy”

“The government noticed during the pandemic that it did not have statistics of more than 80 per cent labourers,” Premier Imran said while presiding over a meeting held to launch the new regime here on Friday

Special Assistant to Punjab CM on Information Dr Firdous Ashiq Awan, provincial Minister for Industries and Trade Mian Aslam Iqbal and others were in attendance

The prime minister was in the provincial capital on a day-long visit and chaired separate meetings on the situation of agriculture, economic development as well as law and order situation in Punjab

Punjab labour secretary briefed the prime minister during the meeting

PM Imran directed Punjab Labour Minister Ansar Majeed Khan Niazi to ensure protection of labourers’ rights under the new labour regime, saying that there should be no compromise in this regard

“The registration process of small and medium industries should be made easy so that the government could have maximum data of workers,” Imran said

Under the new regime, role of the labour inspector has been minimised

During the last two years, the Punjab Labour Department issued more than 173,000 social security cards as per the vision of PM Imran, which helped in providing economic protection to the labourers

As many as 1,346 flats had been constructed keeping in view the needs of labourers and the Punjab government was giving subsidy in this regard

In last two years, the labour department had issued more than Rs3 billion under scholarship head and Rs2 billion for marriage grant to ease the financial burden of workers

The meeting focused on the pace of development projects in Punjab

In another meeting regarding increasing agricultural productivity and value chains in the province, the prime minister said the promotion and development of the agriculture sector on modern lines is the government's foremost priority, as the country's 60% population is involved in this field

The prime minister directed that besides addressing the basic food security issues, full focus should be on value chains of agricultural produce

For complete reforms in the agriculture sector, the prime minister directed to run all agriculture-related sectors, including livestock, fisheries etc on modern and corporate lines

Dr Salman Shah, Adviser to the Punjab CM, briefed the meeting about suggestions for enhancing agricultural productivity and promoting value chains as per the PM's vision