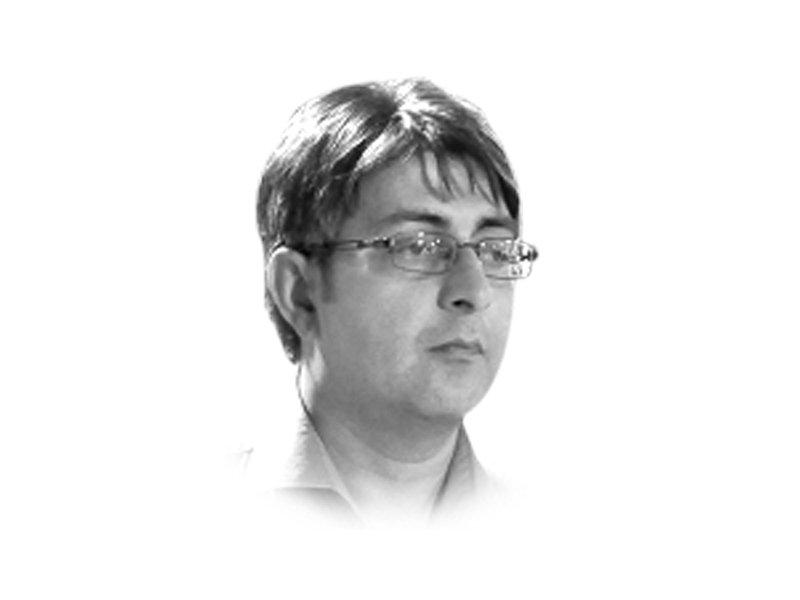 An argument had broken out

A few peers were debating whether India’s Hindutva mob would give the same love-jihad treatment to Kamala Harris and Nikki Haley that was meted out to common Indian citizens, if it could lay its hands on them, of course

It would not alienate anyone in a position of power

I sat there inert, silently drinking my coffee and contemplating this moment in history

To those who still do not know, love jihad or Romeo jihad is a name given to a conspiracy theory that Muslim men, as a part of an international strategy, seduce and convert Indian nonMuslim, mostly Hindu women

Since its origin in 2009, the theory spread as the Hindutva’s definition of the other has broadened

Now it is about Abrahamic faiths

So, you could say that Harris who is married to a Jewish gentleman, and Haley married to a Christian man could bear the brunt of this hatred

Sadly, of the two, Haley, daughter of a woman wronged by India’s toxic masculinity and majoritarianism, showed us she was ready to legitimise this mob to enjoy a few extra perks

Since its inception, India has been a victim of the dissociative identity disorder previously known as the multiple personality syndrome

It has two distinct but interchangeable personalities

One, inclusive, tolerant, progressive, and secular that wrote India’s Constitution

The other hostile, intolerant, petty, vindictive, and reductive which threatens to dismantle it brick by brick and remake it after its own image

When you look at the man ruling India today, Narendra Modi, the poster child of India’s majoritarian hatred, you find it hard to rebut that claim

India’s regression notwithstanding, the first personality, despite being under growing pressure, does exist

There are Indians who stand for what is right

The rights of the minorities, of women, of the poor, and the oppressed

Their battle for survival may define the future of civilisation

It is about a perverse definition of race

This of course is a myth

One, because there has been quite a while since the purported Aryan exodus took place and it would have been impossible to stop the intermingling of races

Two, because even by the shallow racist standards there is little distinction in the appearance of the Indian upper and lower castes

The neo-Nazis then, despite the Hindutva infatuation with the cause, are unlikely to accept them as their own

As the works of Louis Rousselet, Arthur Gobineau, Paul Topinard, and Gustave Le Bon show, the Indian Aryan myth is neither an English construct nor German, it was invented by the French in the vain hope of building an empire in India

That ambition is over, but the disease still persists

So, India’s problem is that the majoritarian mob is in fact a minority

A violent, noisy, bigoted, and powerful minority but a minority nevertheless

It is about an upper-caste raj and rashtra

Nothing can go wrong then

Right? It is plain that once they are done sorting the Muslims, the Christians and unintegrated faiths out, they are bound to turn on each other

The depressed castes, a huge population in comparison to the upper castes, would be next

For now, however, the presence of Muslims, Christians, Sikhs (a religious community Haley’s parents belonged to and the Hindutva mob claims it is Hindu while it refuses to accept that characterisation), and other faiths not ready to be swallowed by this mega-integration project makes its task easy

A question arises then: why did the mob bring Modi to power? Self-confessedly he is not from the upper caste

Then why? Because it is convenient

His narrow mental bandwidth ensures he remains a force of destruction and hate, and his unvarnished ambition keeps him a slave to the upper caste billionaires and the RSS leadership

And while Modi has destroyed India’s economy, especially the poor and the working-class, for billionaires he has been nothing short of divine intervention

Consider him the East India Company, owned and operated by new Indian masters

But the homogenisation project cannot go too far

India’s tragedy is that while it sees itself as a potential counterweight to China, it is too diverse to emulate China’s homogeneity

After every 100, 200 kilometres India’s language and culture change

When it comes to operational ground realities, secularism and tolerance are essential, existential staples of its economic health

While the neo-Nazi-Hindutva nexus gives the mob a chance to punish the West for the past colonial excesses by exporting destabilising ideologies to Europe and America, its suspended secularism is India and the world’s best hope to survive

Before India fell to extremists, it had exported countless tiny particles of its soul to other parts of the world

These particles live in uncountable folks like Harris and Haley

Before the civilisation falls, they have to find a way to reclaim India

If they fail, we all are toast

Sadly, in its current shape, that role can only be one of a destructive power

Given the recent upheavals in the West, the nexus between the Hindutva mob, India’s intelligence community, and the neo-Nazis is coming under increasing scrutiny of Western intelligence analysts

If this trend continues unchecked, it may end up making India a bigger pariah than any of its key adversaries

For sanity’s sake, this regression should stop