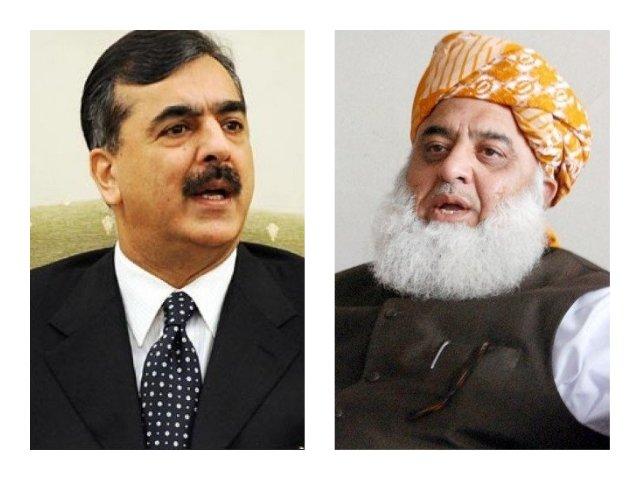 Talking to the media after meeting with Gilani, Rehman stressed that the former prime minister had secured votes in the past on the basis of his personal contacts, and this time too, he would get the majority votes to get elected to the upper house of parliament

The voting would be held in the National Assembly on March 3, according to the schedule announced by the Election Commission of Pakistan (ECP)

Fully backing Gilani, Fazl even went on to say that it would be “an honour for us” to have him as the Senate chairman

“Yusuf Raza Gilani is the joint candidate of the PDM [and] God willing, he will succeed,” Rehman told reporters

“Ever since the announcement is made that Gilani is contesting the Senate elections from the National Assembly, there is anxiety in the government circles,” he added

“The government is beginning to see disunity among its ranks

We will give a good fight and we will succeed,” he added

Rehman said that Hafeez Sheikh, the finance minister, is contesting against Gilani

“We want to make the members realise that if we hand over the portfolios to such people, where it would lead the country to? The common man demands that the people, who can take the country out of the crises, should come to the important positions,” he added

“Inflation is rising in the country

Everything, including flour, sugar and ghee, have become so expensive and the purchasing power of the common man has dwindled

The people have been suffering for two and a half years,” he said, referring to the government’s economic policies

“The PML-N [Pakistan Muslim League-Nawaz] had made me the prime minister by voting [for me in 2008] and the PML-N is still supporting me,” he said

“The PDM has given me the ticket and I will fully represent the PDM,” he added

Referring to the government side, Gilani said that after his announcement of contesting the election, the honour of the PTI lawmakers had increased

” On the occasion, the PPP leader thanked the opposition alliance for unanimously nominating him as the candidate

My victory will be for the democratic forces,” he said

Responding to a question, he said that he did not have any contact with senior PTI leader Jahangir Tareen but added that “it is needless to say he is my relative”

He added: “I used to get votes on my personal relationship, and it will get votes again

I see that the establishment is neutral,” he added