Is this the end of Roger Federer?

Home Blog Is this the end of Roger Federer? 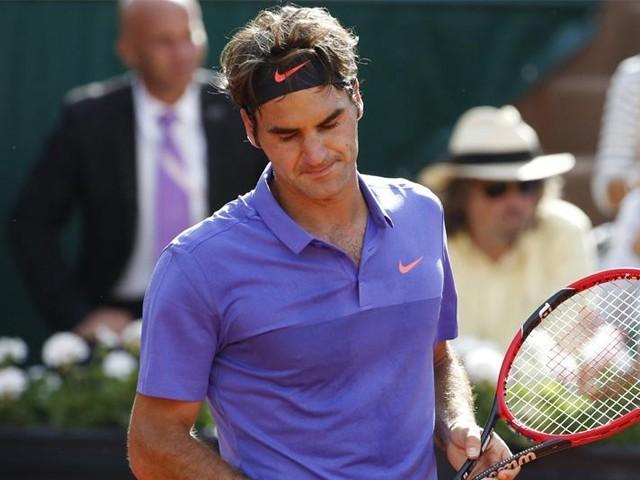 With Roger Federer signalling an end to his 2016 campaign, it rubberstamps one particular fact – he will never be able to win the Olympic Gold

Niggling knees and a wobbly back have manifested a southward spiral for the tennis great over the course of the last few months, who is set to miss a second grand slam of the year at the forthcoming US Open after having participated in 65 consecutive grand slam events since 1999

[caption id="" align="alignnone" width="600"]Photo: AFP[/caption] Federer’s health, especially his fragile knees, were the focal talking point amongst not just his fans, but tennis enthusiasts upon his return to the grass courts of Stuttgart, Halle, and eventually London, after a pull-out at the French Open

Despite reaching the semi-finals where he was ousted by an unheralded young Canadian named Milos Raonic at Wimbledon, it was Federer’s fall in the fifth set that become the talk of the town – had he injured himself during the course of the tumble? Nobody can definitively say that he had, but psychologically it must have dwelled upon Roger that his time, quite possibly, at the top is over

For 16 years, Federer has tried to deliver on the Olympic stage, but it has only resulted in failure

He lost his bronze medal match in the Sydney Games to Arnaud di Pasquale, lost early to Tomas Berdych in Athens in 2004, lost to James Blake in the quarterfinals in Beijing in 2008 and was blown-off court by an Andy Murray whirlwind during the 2012 Wimbledon final

In regard to his decision, he said, “The doctors advised that if I want to play on the ATP World Tour injury free for another few years, as I intend to do, I must give both my knee and body the proper time to fully recover

” [caption id="" align="alignnone" width="600"]Photo: AFP[/caption] Despite all the injuries and knee operations, Roger Federer’s insatiable appetite and hunger for tennis can be summed up from the aforementioned statement, which resonates his eagerness to continue playing for a couple of years

However, numerous astronomical situations will arise for Federer once he returns at the start of the 2017 season

Firstly, he will drop out of the top 10 ATP rankings for the first time since October 2002

This means Federer will no longer get the benefit of playing against lower seeded players in order to progress to the latter stages of a tournament, since he might have to face the likes of Novak Djokovic, Rafael Nadal and Andy Murray early on

This could very likely lead to an early exit

[caption id="" align="alignnone" width="600"]Photo: AFP[/caption] Secondly, even if Federer manages to squeak his way past any of them, there are a growing number of players who no longer fear the Federer persona

They will take it upon themselves to get one over the Swiss, so it may not be easy winning tournaments, and eventually, get back his world ranking

Lastly, it is possible that his knees and back may prove to be problematic for him upon his return

No matter how much he tries to convince himself, fatherhood and a weakening body have not just knocked on Federer’s door, they’ve broken through it

However, this is Roger Federer we are talking about; hoisting the white flag due to injuries is certainly not an option for him