So today, I came across a hilarious news item

Home News So Today I Came Across A Hilarious News Item 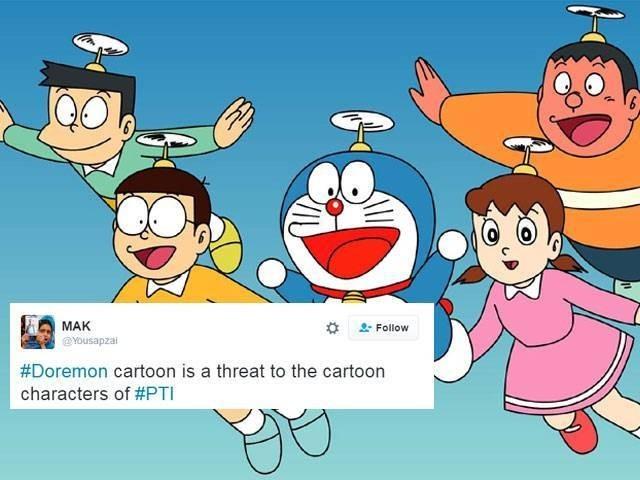 com/saadify/status/760774393819762688?ref_src=twsrc%5Etfw The first thing that came to my mind was; why have they chosen a movement which would attract harmless attention, rather than touching upon real topics in a province which is their opponent’s strong hold, like perhaps addressing the issue of terrorism or education or poverty or any of the million problems eating at our country’s moral fabric

Secondly, why does our nation suffer from a collective paranoia of insecurity and the fear of cultural domination? How far can a nation already barricaded with fear progress during immense cultural exposure? Are we so insecure about our own culture and traditions? Is that why we are scared of cartoons as well? Thirdly, before proposing a ban, have you considered what you will offer to our children in return? There is a huge entertainment gap for children between the age of three to 10 years

Currently, there are no programs being produced for the pre-teen children

I know because I am a mother

I, grew up watching Ainak Wala Jin and that was the last and, perhaps, the only original indigenously produced kids’ show that we ever had

Fourthly, the show itself is not bad

Most of the objections revolve around its Hindi dubbing, not the content itself

Consequently, children are catching up on Hindi faster than Urdu, which is raising concern among parents

Language is a process of evolution

We keep learning words, unlearning them and sometimes they are just stored in our memory

So, with time, our own influence and our language would have a far greater effect on our children

Besides, if the dubbing sounds so bad to PTI, why doesn’t the party take the initiative to dub the original content into Urdu itself? Why ban it altogether? In terms of content, the story is interesting

The hero, as we all know, Nobita, has the right tragic flaw of being lazy and hating school

We can all relate to that

His robot friend fulfills his wishes, but at the same time keeps teaching him lessons and keeps trying to make him into a better person

The show goes on to teach children some very important lessons as well, including always being kind to others, standing up against bullying and it explains that despite having fancy gadgets, there are no shortcuts in life

So then what is the problem? Is PTI releasing its own version of Doraemon and wants the competition cut, or is the party think-tank just wasting its resources watching children’s cartoons hoping to find some form of inspiration themselves? If you really think that the Hindi language the show is dubbed in is a danger to our culture, then instead of banning it, dub it in Urdu and if you want to inform children about our culture, start producing shows of equal quality for them

Going against something is easy but creating solutions is difficult