A petition to the Chief Justice of Pakistan

Home Blog A petition to the Chief Justice of Pakistan 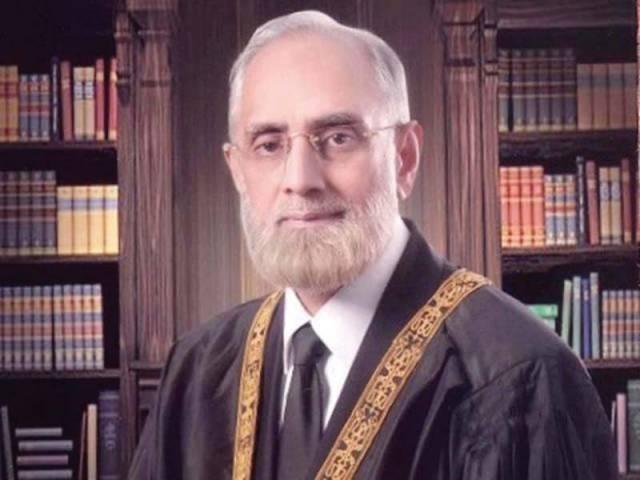 I am an ordinary Pakistani, one of those unfortunate residents of Sindh; the province which does not seem to have a functioning government

Although our taxes per capita are much more than those of other provinces, the budget amount is not being spent on our welfare; on the contrary it seems that the entire amount is siphoned away to foreign bank accounts

Our roads look like they have been bombed recently

Our streets are full of garbage, which is affecting our health because it remains on the streets for months and then burnt which causes respiratory diseases

Despite Rs150 billion being allocated for education, most of our schools are empty (except for “ghost” teachers and “ghost” employees who are paid salaries every month)

The police are employed only for the use of government ministers and functionaries, although Rs70 billion is supposed to be spent on the police and home department

There is virtually no security for the common man and we are afraid to venture out of our homes, because we fear we may be kidnapped or looted

Every day we read of dacoits barging into houses, killing the inmates and escaping, and sometimes it is apparent that the police are protecting the criminals

We have to spend a high amount on buying dirty and impure water from tankers, although we pay water tax to the government to provide us with clean water

Our children are dying due to the poor standards of our government hospitals, although Rs55 billion is meant to be spent on the health sector

Our hospitals are often without doctors or nurses and many pregnant women die every year, because they are not provided medical care in government hospitals

The Sindh Building Control Authority, which is supposed to ensure that all buildings should be constructed according to approved plans, ignores the fact that most under-construction buildings almost always exceed the permitted built-up area

Where the permitted number of floors is six, the completed building has at least ten floors

But it is apparent that the new chief minister is also subservient to his bosses, and it is doubtful if he will be able to alleviate our sufferings

He has to travel to a foreign country to take instructions, and he has retained most of the ministers in the outgoing cabinet, while the new faces in his cabinet are all feudal lords, and so they cannot be expected to solve our problems

While the chief minister himself declared at the outset that he will do away with protocol and will not travel with many vehicles behind him, he continues to do so, making motorists wait until his entourage passes by and the road is again open for traffic

Sir, I am not an expert on constitutional issues, but it is apparent that nothing can be done about the gross corruption in Sindh

However, I do believe that Your Honour can at least help by insisting on the adoption of the following measures: 1

The Chief Minister, his cronies and all other Sindh government functionaries and their family members should not be provided police protection, until our streets are safe and we are able to sleep every night without worrying about ourselves or our loved ones being killed or looted on the streets or in our houses

They, their wives and children should not be provided health care at government expense, until and unless we get adequate and free treatment in government hospitals

They should, in particular, not be paid for seeking treatment abroad

They and their families should be prevented from going abroad until they do what they have been elected to do, like protecting the citizens, providing education and health care for all, provide clean drinking water to the populace, maintaining the roads in good condition, covering all manholes to prevent the deaths of children etc

And lastly, they should not be paid their salaries, and all their perks be withdrawn, until they do what has to be done

Your Honour, please treat this as a petition from the common man of Sindh and provide us relief from the torture being perpetrated on us by our government ministers, whose sole purpose is to enrich themselves so that they and their future generations can live lives of luxury