The dread that comes with Rio 2016

Home Blog The dread that comes with Rio 2016 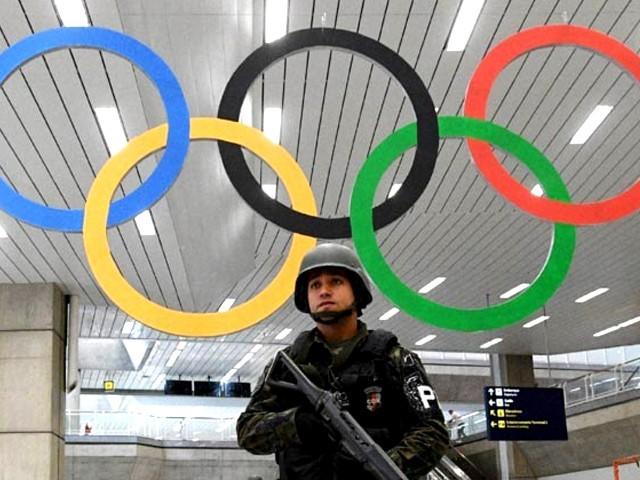 Their apprehensions were further boosted because of a tweet by a French jihadist, Maxime Hauchard, who picked Brazil as the “next target,” after the coordinated terror attacks on Paris last November

[caption id="" align="alignnone" width="600"] Photo: Screenshot[/caption] Besides, last week, the Brazilian police arrested 10 militants who were attempting to contact a weapons supplier in neighbouring Paraguay to get AK 47 assault rifles

This development has also raised security concerns, rightfully so

It will conclude on the 21st of the same month

Keeping in mind the traditions in Brazil, one can’t help but be optimistic

This year the Olympics will be held without any untoward incident, unlike the Munich Massacre in 1972 and Atlanta Bombing in 1996

Brazil, so far, has faced only a handful of terrorist threats in comparison to other countries – partly because of its geographical location, and for its longstanding neutrality and multiculturalism in international affairs

Therefore, most of Rio 2016 security fears should have been centred on low-level assaults and muggings rather than terrorism

[caption id="" align="alignnone" width="600"]Photo: Reuters[/caption] However, Luiz Alberto Sallaberry, the counter-terrorism director of the Brazilian Intelligence Agency, has said recent incidents in other countries have heightened their fears

This came after devastating terrorist attacks in Paris, Brussels, Istanbul, Jakarta, Tunisia and various others

The Brazilian government pledged to invest $900 million for hiring security forces, making the tournament “one of the most protected sports events in history

”  Brazil specially trained 53,000 public safety professionals for the 2014 FIFA World Cup which were deployed by the state governments at each game venue

They were trained in three departments; experts, multipliers (who would help transmit information to other professionals) and operators

[caption id="" align="alignnone" width="600"]Photo: Paulo Henrique Freitas/MD[/caption] One of the most special security measures the Brazilian government undertook for the event security was the implementation of facial recognition software

It is a small camera fitted to the glasses, designed to capture 400 facial images per second, which are then sent to a central computer database, storing up to 13 million faces

[caption id="" align="alignnone" width="600"]Photo: Ueslei Marcelino / Reuters[/caption] In 2016, for a safe and secure Olympics, Brazil has taken further extraordinary measures in order to counter any terror threat during the games, including intelligence-sharing with foreign security forces and greater training

Last week, the federal government said it was releasing an extra $24 million, especially to beef up security ahead of the Olympics

Around 80,000 officers will be deployed during the event, plus separate security teams will be brought in by participating National Olympic Committees

This compares with a force of around 42,000 officers deployed during the London 2012 Olympics

[caption id="" align="alignnone" width="600"]Photo: Reuters[/caption] Counter-terrorism experts from Interpol are deployed as well, in order to assist with security measures during the Rio Olympic and Paralympic Games

Based in the International Police Cooperation Centre, these experts not only have instant and direct access to Interpol’s full array of database, but can also exchange urgent messages and vital police data from all 190 member countries such as fingerprints, images and wanted-persons notices

Such mega sports events undoubtedly demand strict and extra ordinary security these days – which is why managing safety arrangements for nearly 11000 athletes, half a million tourists, and overall six million ticket holders, Brazil probably has the largest international police cooperation event in its history

[caption id="" align="alignnone" width="600"]Photo: AP[/caption] Yet, there is big question mark looming over the estimated or targeted audience of half a million tourists and six million ticket-buyers

The Beijing Olympics 2008 was held with reportedly one million unsold tickets, while in London 2012, there was also a big issue of empty seats reported during competitions

Therefore, their expected target of international tourists in August is unlikely to be met

Because of Rio’s reputation for criminality, elite police units are more battle-tested than their counterparts in major US cities

On the other hand the mayor of Rio de Janeiro, Eduardo Paes has already said, “

the security forces will demand from us more blocked roads, more inconvenience

(but)  the Olympics is a mega-event, and we have alerted the population that these security measures will (must) occur

” [caption id="" align="alignnone" width="600"]Photo: Eraldo Peres / AP[/caption] Above all, there is another probable reason for low turn-out

Brazil is in the midst of its worst recession in 25 years, and with the economy predicted to shrink by 3

5% this year, locals cannot afford to spend on tickets while their minds are fixated on their financial future