Is Wasim Akhtar getting a fair trial?

Home Blog Is Wasim Akhtar getting a fair trial? 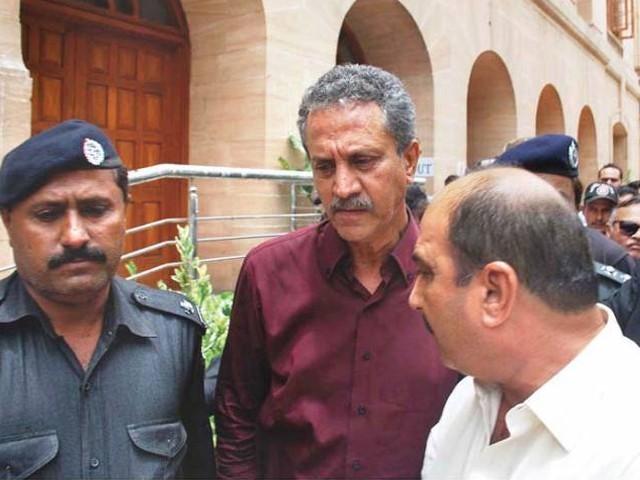 My reasons stem, first and foremost, from the fact that the so-called confessional statement made by Dr Asim was made before the infamous Joint Investigation Team (JIT) – a team that has no legal or constitutional bearing – and as such is not admissible in any court of law

As soon as the Anti-terrorism Court (ATC)’s judge cancelled the bail, which was frankly quite shocking, Mr Akhtar and MQM’s MPA Rauf Siddiqui, were remanded into custody and taken to Karachi Central Jail

Suddenly, decade-old criminal charges propped up against Akhtar by the JIT and he was booked in a long list of cases

Mr Akhtar, as you are aware, is the nominated mayor for the city of Karachi, the seventh largest city in the world, therefore making him a credible and high profile figure

He had travelled the night before his bail was cancelled from London and the authorities were aware of this, if he was a flight risk, he would not have returned to answer bail

On the morning of the bail hearing, the judge categorically stated in an open court that she is under serious influence to cancel bail, and she cannot explain by whom, hence due diligence was not even initiated

The members of this investigation team also deputed notorious police officer, Rao Anwar, who has alleged that Mr Akhtar is responsible for various crimes

Rao Anwar, overtime, has acquired the infamous reputation of being an ‘encounter specialist’ and of torturing detainees

As many of us were already expecting, a ‘confessional statement’ of Akhtar soon emerged on electronic media alleging that he has ‘admitted’ to have gotten orders from overseas for the May 12, 2007 incident in Karachi

One does not have to be a rocket scientist to understand that this is totally fabricated and maliciously designed to malign the image of Akhtar, as well as of MQM’s founder and leader Altaf Hussain, nationally and internationally

Akhtar hasn’t committed any wrongs except that he stood by MQM during its rainy days and during the previous, as well as the on-going operation

Freedom of expression is a basic human right for any citizen around the world, but unfortunately we, the members of MQM, can’t exercise such an act in Pakistan

And if you dare to do so, you face the music – as was seen in the Akhtar case

As a member of the party, I would like to say that we have genuine fears for the lives of Wasim Akhtar and Rauf Siddiqui

What sort of fair trial is this? If the trial is fair, we are willing to accept any charges attributed to him