Karachi, are you aware of how your food is prepared at restaurants?

Home Blog Karachi, are you aware of how your food is prepared at restaurants? 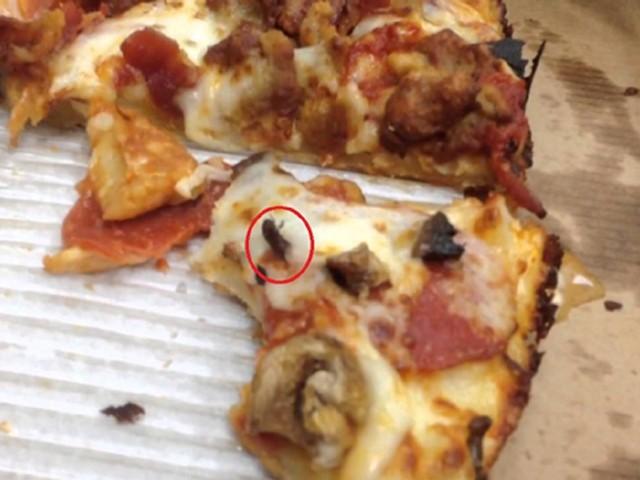 Various bakeries and restaurants have been exposed for gross food-making practices and kitchens that made viewers sick to their stomach, though it is nothing new

For such media raids have been going on for a long time, revealing shocking details of substandard cooking oil, meat or appallingly filthy kitchens in petty establishments

Sadly, with every such show that airs on TV, the list of restaurants that can’t be deemed safe for eating keeps growing

The frenzy behind the screaming, frowning and puking TV anchors, who are seen bashing workers for shocking discoveries is all just a gimmick to meet the show producer’s demands (they strive for better ratings)

Although it does bring much needed awareness, it fails to trigger a larger impact

The situation in Lahore seems to be in control through strict monitoring and cancellation of licenses, but the huge metropolitan city of Karachi has become a victim to such restaurants

In a majority of the city’s restaurants, no heed is paid to cleanliness and staff training for maintaining hygienic standards, probably because they still manage to earn heavy profits despite sustaining a status quo of unhealthy processes

As they manage to remain unharmed by the negative publicity generated, endeavours by the food safety departments or commissioners (with or without the media against them) serve nothing more than a source of entertainment for audiences watching these sensational raids with suspense music in the background, as well as free publicity for the officials

In most of the cases, what is being dealt with is a chain of restaurants scattered across the city

Soon after payment of fines or settling matters through negotiation, they come back into business, once again jeopardising citizens’ health

On a small-scale, it prevents quality conscious people from visiting places in particular, but the public at large doesn’t seem to care and that is where the real problem lies

A blacklist must be maintained and reviewed from time to time

Moreover, the fines should be increased to millions and those who continue to disregard the formal hygiene procedures should be closed down for good

Unhygienic food is the cause of many ailments: food poisoning and diarrhoea, among many many others

So does this mean that we should just sit back and relax? Should we just act as if it isn’t that big of a deal and all will be well in the future? What I fail to understand is what the authorities are waiting for

Will it take a food disaster that claims countless lives for them to wake up and start a systematic campaign to regulate all – and I mean all – restaurants, hotels, bakeries etc? I’ve observed that governments in Pakistan only become active towards a particular issue when it’s too late for most people

For instance, the campaign to get cellular SIMs verified biometrically was jump-started after the unfortunate Army Public School incident, since the attackers had used unverified SIMs

Considering that Karachi is the country’s largest city, with thousands of such places spread all over, enforcing rules on a government level is desperately needed before an unprecedented tragedy occurs

Having been a victim to unhygienic food myself, I can bear testimony to the fact that a majority of the restaurants that have positioned themselves as ones with the best food are actually involved in this fiasco

Last year, I was having Domino’s pizza with my family – a family meal that evolved into quite a traumatic experience when a tiny cockroach was discovered in one of the slices

After all, who doesn’t like a little protein, right? Had it not been for my cousin’s microscopic vision (who found it on my plate and warned me in time) I might have consumed it as a part of the topping! As the typical Pakistani culture of refusing to accept ones mistake goes, the staff present at the restaurant were hell-bent on declaring it the result of an external factor – as if the cockroach somehow got lost on its way home and decided to relax a little on the cheese topping of my pizza where it met its demise

However, they admitted their mistake in the end and, as a show of enormous generosity, decided to cut our bill by half – though our bill should have been waived off entirely keeping international standards in mind, but that’s Pakistan for you folks! Domino’s is one of the biggest pizza chains in the world (just one step behind Pizza Hut) and brands itself as the fastest delivered and best pizza available, with prices of Rs700 on average – that’s worth one week of food supplies for a low income individual

Despite selling expensive food that people only look forward to/consume on certain occasions (and happily pay for because they believe in its quality) any incident that exposes unhygienic practices, however minor, serves as a major disregard of people’s trust

They are busy toying with the citizen’s health, while people remain under the impression that they are consuming quality food that has been prepared in hygienic standards and is worth the thousands of rupees spent on a single, one-time meal

com/watch?v=dHc3f8-pENE It would be a shame to sit down and actually name all the individual eateries out there that have below standard food being served, because the list would be exhaustive, but the few with which I have had personal experience were KFC, Pizza Hut and a local chaat house called Chatkharay

Not only was it discovered that the oil being used was greasy, substandard, it was also black, due to it being over-used

To top that off, workers were not wearing aprons and were mixing flour with their bare hands (with grown, uncut nails) and not a single worker had had his vaccinations

The cutting boards for vegetables were also filthy

While their name means ‘tasty’ in Urdu, Chatkharay was caught using substandard meat in a kitchen for which the word “dirty” alone might not do justice

The big question here is that if such big chains of restaurants situated in posh areas for their wealthy residents can be involved in such gross practices, what is going on in the rest of the city or other local eateries? While all these chains brand themselves and claim to produce quality food and target the upper-middle class, whose prices reach way beyond the affordability of the common man, it’s a pity to realise what they are actually feeding people for their money’s worth

These restaurants cater to the brand conscious public of DHA, charge insane amounts for a single meal and people visit these places expecting high quality food, post pictures on social media and oh yes, the proud selfies that include the food, coupled with the urge to let their friends know that they have visited a particular restaurant

It is for this reason, I presume, that crime shows like Khufia and Sar e Aam have become popular for exposing all kinds of notable eateries indulging in unhygienic practices

My purpose in writing this piece is not ‘name and shame’ these eateries, but to create a sense of awareness and accountability within the city

If the authorities are not doing their job, perhaps we, the citizens, can help jolt them into action