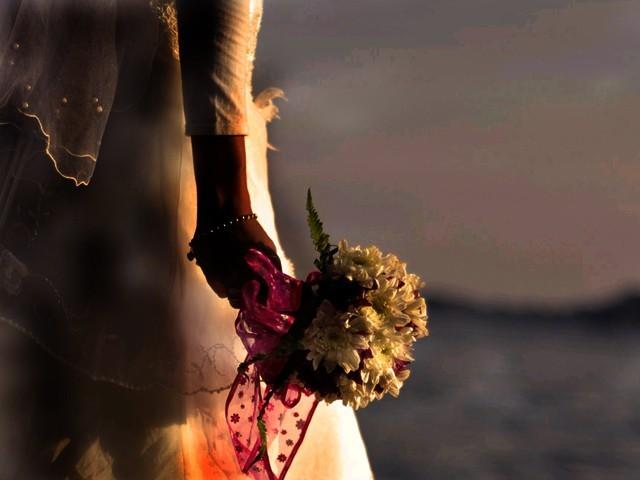 He could hear footsteps

This gave time for his heart to slow down

He stood hidden partly behind an old pillar

The silhouette came to light, whatever dim light was on at that time, and an old man came into view

Dragging his slight self by a cane, he slowly thudded his way towards a bench

Saleem saw him sit down on the bench, completely oblivious to his presence

The man took something out of his pocket

Trying to focus on the object, Saleem edged closer to the bench to keep out of the old man’s sight

He did not have to tiptoe though; the man was engrossed in thought

Saleem thought of going up to him and saying something

“Should I? Well I have to pass some time but more importantly, ask him what in God’s name is he doing here at this hour? And at this age?” Saleem cleared his throat

The man looked up from his watch

Alarmed, he asked Saleem who he was and what was he doing there

Having told him the reason for his presence, Saleem asked him, “Sir, may I ask that what you are doing here in this weather and this hour?” The old man replied, “The weather has never bothered me and the hour…Well I have arrived right on time

This is a very important meeting for me and if someone senses your presence, I will not be responsible for the consequences

The old man stood up suddenly as if he was electrified

“Quick! Hide, hide!” he said to Saleem in hushed tones

Saleem sprinted into action and quickly got out of sight, lurking in the shadows behind a pillar

“Why am I listening to this man?” he wondered but then a train approached and Saleem forgot what he was thinking

The awaited train finally chugged its way into the tracks

Saleem spotted someone walking inside the train; he could see a dim silhouette through the window

The old man had reached the door; he held a hand up towards the train, and assisted the person down the platform

As the person disembarked, Saleem noticed it was a young woman

As she walked into the light, hand in hand with the old man, he was stunned by the sight of blood on her face

There was a gaping hole in her right cheek

She seemed to be in complete harmony with her face, as did the old man

They stood there, hands entwined, eyes locked, gazing lovingly at each other

Saleem walked closer still, bewitched at the sight before him

The sound startled them

The girl’s gaze fell upon Saleem and she gasped

Looking at the old man with horror she said, “Amjad! Who is he? What is he doing here? They could be here any minute now

He will stay out of sight

“Have you lost your mind? He is a Muslim! They will kill him

They will rip him apart! I have given up my next life in exchange to keep you safe from their wrath

I cannot save him,” the girl said frantically

“I cannot let this ruin my time with you

I wait for this day all year long

I have waited all my life

Forget about him and come with me

Sit and talk to me,” the old man tried to soothe her

He took her by the arm and moved her away

what do you mean I will die and who did you say was coming? And why does it matter if I am a Muslim?” It was then that Saleem noticed her attire

She was wrapped in a faded yellow sari

Laden with jewelry, she had long hair tied in a braid with flowers woven in her hair

She was a bride

Well, an old trampled one

The flowers in her hair were rotten and her bangles, broken

Adding the open wound in her face, she could have been hideous but there was something about her eyes that made her serenely beautiful

She sat down on the bench, looked at Saleem, and started explaining

Stay tuned for the third part of the series Find Salvation