Are the people of Balochistan not human enough for us?

Home Blog Are the people of Balochistan not human enough for us? 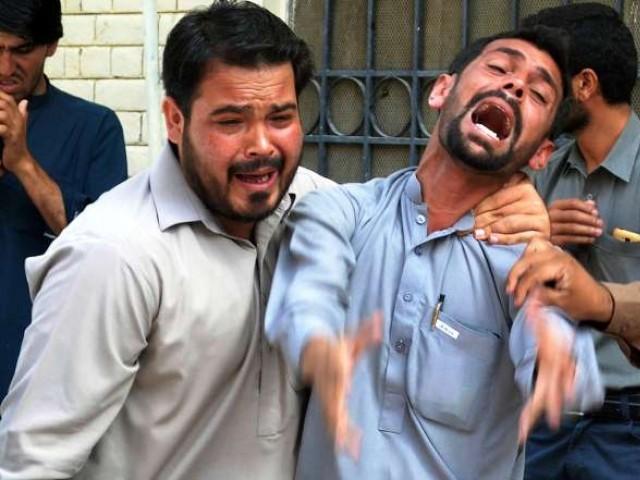 However, if we are to judge the Pakistani ‘nation’, we have unfortunately failed miserably in the face of these same odds

We do not reach out to help, cower in our homes, or raise our voices for more than one day before going back to sleep the next day

Yesterday’s harrowing incident in Quetta is another prime example

How long will the residents of Quetta die at the hands of the terrorists for the rest of Pakistan to realise that there is a serious problem that needs to be addressed? When the Hazara braved the freezing cold and rested their martyrs on the road a couple of years ago, every empathetic soul felt their pain

The negotiations, even then, centred around the Hazara ending their protest rather than solving their security issues

Are the people of Balochistan not human? Is their blood of no value or is it not red in colour? Why does it require a hundred casualties or more, for the government and the bureaucracy to actually acknowledge that Balochistan exists? The black screens, sad faces, official tweets of condemnation are not a replacement for concrete measures to rectify the situation

How many Baloch have died at the hands of banned groups such as Lashkar e Jhangvi (LeJ), yet the government refuses to carry out any action against them

Was the killing of innocent men, women and children returning home in buses a year ago not enough to warrant any operation against them? Are we afraid of the terrorists more than they are afraid of us? The coverage received by the Quetta incident is another case in point

However, nobody has been able to say or suggest what really needs to be done to tackle the situation

Will the Punjab government allow military action to be taken against LeJ which has its headquarters in Southern Punjab? This incident has been claimed by a splinter group within the Taliban but what is it that differentiates these groups from each other? To be honest, nothing

All these groups kill, maim and behead in the name of a pseudo-religious ideology which they believe in

If that is a fact, then why are we differentiating between them? If the actions are the same, then why is there an operation against the Taliban and none against other banned groups, who help and support them? I am sure the media will highlight the suffering of Balochistan as it has in the past

What I am not sure of is, will the blood of our brethren bear any fruit in that barren land? Dear Quetta, I pray for you