In defence of Ziaul Haq 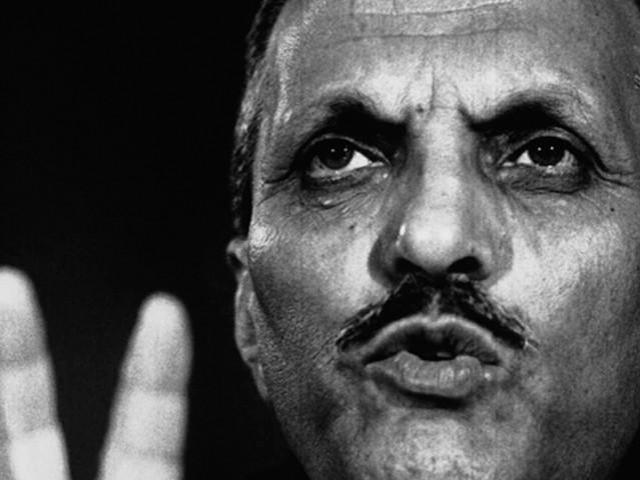 Perhaps they forget that the marde-momin mard-e-haq did not declare Ahmadis non-Muslims: Bhutto did

Sadly, the man cannot even take credit for banning alcohol and gambling: Bhutto did

The Objectives Resolution of 1949, calling for the creation of an Islamic rather than a secular Republic, was passed when Zia was a mere Major in the army, with no influence in the annals of policy making at the highest levels of the State, or so I suspect

There is no doubt that Zia was an Islamist to the core, a fundamentalist who wanted to shape society according to the teachings of his religious godfather: Maulana Maududi

In this though, he was merely echoing the wishes of the common Pakistani

The problem is that it was not only Zia, but the Pakistani society, as a whole, that is Islamist to the core

Ask any man or woman on the streets: what kind of government they want and the overwhelming answer would be: an Islamic government

Moreover, despite our rampant patriotism, most Pakistanis consider themselves Muslims first and Pakistanis second

Jinnah was another Pakistani leader who gave the Pakistani masses what they wanted: more Islam

Jinnah’s political rebirth in the late 1930’s happened only after he embraced political Islam: the use of religion to propagate political aims

After all, religion is, to use an oft quoted phrase, “the opium of the masses”

Therefore, why should the subcontinent have been any different? The Mard-e-Momin was only following in the footsteps of Quaid-e-Azam

While it’s easy to blame one man for a policy debacle vis-à-vis Afghanistan, it was not only Zia but the entire military establishment that is responsible for our myopic Afghan policy of the 1980s

Even that sordid episode could have ended neatly after the death of Zia and Soviet withdrawal from Afghanistan, but our very apt Generals began to harbour a fondness for these newly found “freedom fighters”

Redirected to Kashmir, they provided us with a strategic leverage over India which no American arms or even our nuclear capability could

As Hillary Clinton often reminds us, “If you keep snakes in your backyard, don’t expect them to bite just your neighbours

While Zia was a vicious tyrant like any other third world dictator, he was not evil per se

Bhutto’s hanging was not personal

Zia was a smart man: Bhutto’s cockiness and his rise in popularity after his removal foretold the General that either Bhutto would hang from a noose or Zia would – and he sure as hell did not want his neck on the line

After all, any sane man would strive for self-preservation ­– no matter what the cost

It is true that Zia created a sectarian rift within the country: we are still bearing the brunt of that divide

Yet, despite his known hatred for Shias, he is not responsible for the 1400 year long Shia-Sunni schism

But in all seriousness, if despots do not go after democrats, who else will? To be very fair, Zia, along with Pakistan’s other military dictatorships, have been very benevolent – godly even – when compared to the dictatorships found in Middle Eastern and African countries

As hard as it is to admit and harder to write, Ziaul Haq was Pakistan’s most influential ruler; he changed our country for the worst for many a decade to come

Do judge him for that; for Islamising Pakistan, for destroying the relatively tolerant social fabric of the country, and for imposing this never-ending insurgency on us

But don’t forget that he wasn’t solely responsible

A million people turned up at his funeral

It’s because he gave the Pakistani masses exactly what they wanted: more religion