Would you be able to sleep at night knowing your daughter is being subjected to violence at that very moment?

Home Blog Would you be able to sleep at night knowing your daughter is being subjected to violence at that very moment? 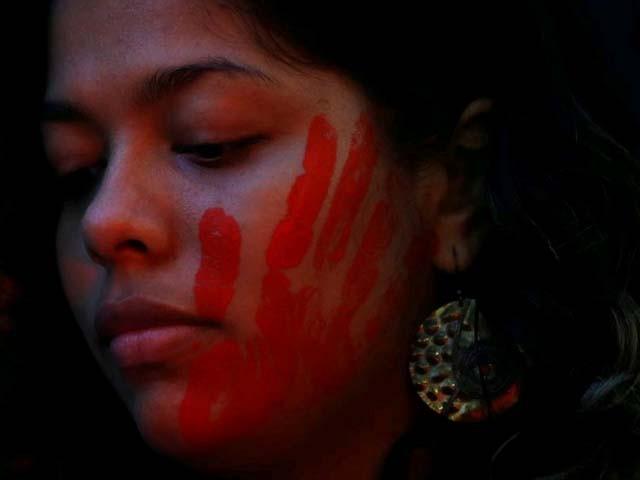 For me, before being acquainted with data on countries where such beliefs persist, it was unimaginable that some women think domestic violence is acceptable

I think most readers would be surprised to know that wife beating, the most common form of domestic violence, is not just a norm in most countries, but also found acceptable by the victims

Most recently, a tempestuous social and media brouhaha prompted a proposal from the religious council in Pakistan that sought to legalise wife beating

In a country where as many as 70%-90% of women have been inflicted with some form of violence or abuse, the proposal to ignite, rather than quench domestic violence, is utterly despicable

Hypothetically, let’s forget the gender issue for a while

If almost all the members of a certain faction are suffering from afflictions and violence, it is the duty of religious scholars to address it and not sell them on the altar of their personal interests

To the proponents of the ‘wife-beating act,’ I have only one question; would you be able to sleep at night knowing that your daughter is being subjected to some form of violence at that very moment? Since we are made of flesh and blood, how can we not wince at even the slightest innuendo of violence toward our loved ones? In 2015, Pakistan saw two landmark improvements towards eradicating domestic violence; the passing of the law criminalising domestic violence and the Punjab Protection of Women Against Violence Act 2015

However, Pakistan’s exacerbating performance on the gender parity front stipulates more than just laws to address the plight of women

According to the Global Gender Gap report 2014 by the World Economic Forum, Pakistan is the second worst country in terms of gender equality

In 2013, 56 women were murdered and their only fault was that they gave birth to girls

According to the Thomas Reuters Foundation Poll, Pakistan is the third most dangerous country in the world for a woman

In a country marked by early marriages, where more than half the girls (nearly 53%) between the ages of 15-19 believe that domestic violence is justified, the political right insinuating that “Pakistani women are out of control” and that the “misery of husbands” should be alleviated by giving them a legal baton, lampoons the plight of women

Interestingly, even though major media echelons picked up a story on the 53% of Pakistan teenage girls accepting domestic violence, none of them bothered to delve deeper into the demographics of such beliefs

The New York Times, for instance, did a piece on it, avoiding any details on the demographics that could divulge the root causes of such beliefs

Hence, most critics don’t shy away from jumping to the conclusion that women in Islamic countries only adhere to these beliefs

This submission breeds the status quo instead of challenging it

As for beliefs shared in a homogeneous fashion with respect to religious concentration, the findings are rather surprising

Ninety two per cent of women in Guinea believe that a husband is justified in beating his wife for any of the following reasons: - When she argues with him - When she burns the food - When she goes out without telling him - When she neglects the children - When she refuses to have sex with him Of the figures available through World Bank Gender Stats, Afghanistan ranks second with 90% of its women believing that wife beating is justified

Are these beliefs set in stone? The answer to that question is no

In Burkina Faso, the proportion of women who shared those beliefs was 71% in 2003 which dwindled significantly to 43% by 2010 – a 39% reduction in seven years

On the other hand, there are a number of countries where this proportion seems to be on a rise

In Cambodia, for example, merely 13

Kazakhstan, Indonesia and Peru exhibited a rise in the proportion of women who consider that wife beating is justified

These beliefs dilute with improvement in the economic status: dwindling to 48% in the middle quintile and 16% in the richest quintile

In India, 47% of women consider that a husband is justified in beating his wife and 52% of these women are from rural backgrounds

With respect to economic status, surprisingly, this percentage is not the highest in the poorest quintile; rather, it is highest in second, middle and fourth quintiles

With respect to Pakistan, 88% of the rural women are illiterate

Given this abysmal depth of the twilight zone in Pakistan, the whopping figure of 53% of teenage girls accepting domestic violence should not come as a surprise

The reasons why we need to care about the high proportion of women accepting domestic violence are two-fold: one, that acceptance of violence by women breeds more violence against women; second, women’s compliance with violence undermines women’s motivation to stand for their rights

In one of my recent studies (a work in progress), I carried out a cross-sectional analysis of 83 countries, for which the data was available, to see if a correlation exists between acceptance of domestic violence by women and the maternal morality ratio

Surprisingly, the correlation coefficient turns out to be a positive 0

Secondly, the correlation between women’s acceptance of violence and female literacy is -0

79 which means the higher the acceptance of domestic violence by women is, the lower the female literacy rate

In sum, the purpose of this exercise is to argue that there exists only one weapon that can extirpate negative social norms and cultural stereotypes: education

Pakistan currently spends merely 2% of its GDP on education

Pakistan not only missed the UN target of 58% literacy rate but ended up with a sliding literacy rate-the literacy rate declined by 2% in 2013-2014, according to Pakistan Economic Survey 2014-2015

Amid these woes, efforts to reach out to the women in twilight zone need to be expedited if we are to save them from being murdered or being subjugated to violence: the light of education must reach the twilight zone at all cost