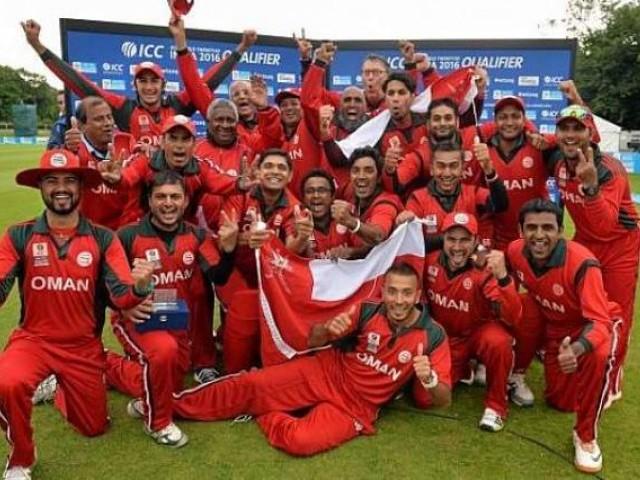 Photo AFP[/caption] Oman entered the World T20 2016 qualifier as the underdog, was ranked 16th in the world and was up against some of the Associate heavyweights

With nothing to lose, Oman played for the thrill of the game

After suffering an early defeat at the hands of Kenya, Oman went on to beat the much experienced Netherlands, Afghanistan and Namibia as they did just enough to secure qualification for the play-offs ahead of more seasoned sides such as Nepal and the United Arab Emirates

Their win over higher-ranked tournament favourites, Namibia, sealed Oman’s ticket to India and also secured T20 international status for the next four years

They could finally begin to dream

Photo: ICC[/caption] The team surpassed all expectations that had risen as a result of their entrance into the tournament

Oman is brimming with bowlers in their bowling department

[caption id="" align="alignnone" width="600"]Photo: ICC[/caption] Leg-spinner, Lalcheta, is usually used as an attacking option by captain Sultan Ahmed during power play overs in which he is often asked to open the bowling

Oman, in its quest to reach the top, reached Bangladesh to challenge Hong Kong, UAE and Afghanistan for a place in the Asia Cup

Oman began the qualifiers on a high, defeating Hong Kong in a nail-biting encounter

After giving Hong Kong a mammoth 181-run target, Oman managed to keep the opposition at bay and seal a narrow five run win on their Asia Cup debut despite some heroics from Babar Hayat who scored 122 from 60 balls

After winning their opening match, Oman lost to  Afghanistan and UAE and failed to qualify for the main round of the Asia Cup

While poor display in the fielding department cost them some key match-defining chances, Oman managed to unearth Bilal Khan who shined with the new ball and moved with the ball at good pace

After being given full international status, Oman will receive extra ICC funding that will allow them to improve training facilities

However, for a country like Oman, funding is not as serious a concern as promoting the game amongst locals

While setting long-term objectives for Oman, authorities must consider growth of the game at grassroots level

In a country where the main players are still predominantly Indian and Pakistani expats, the cricket administration needs to establish a framework which pulls in local players as well

Oman’s cricket team has great potential, as seen in the Asia T20 Cup, all they require is consistent practice and a revamped domestic structure in order to compete with bigwigs on an international level