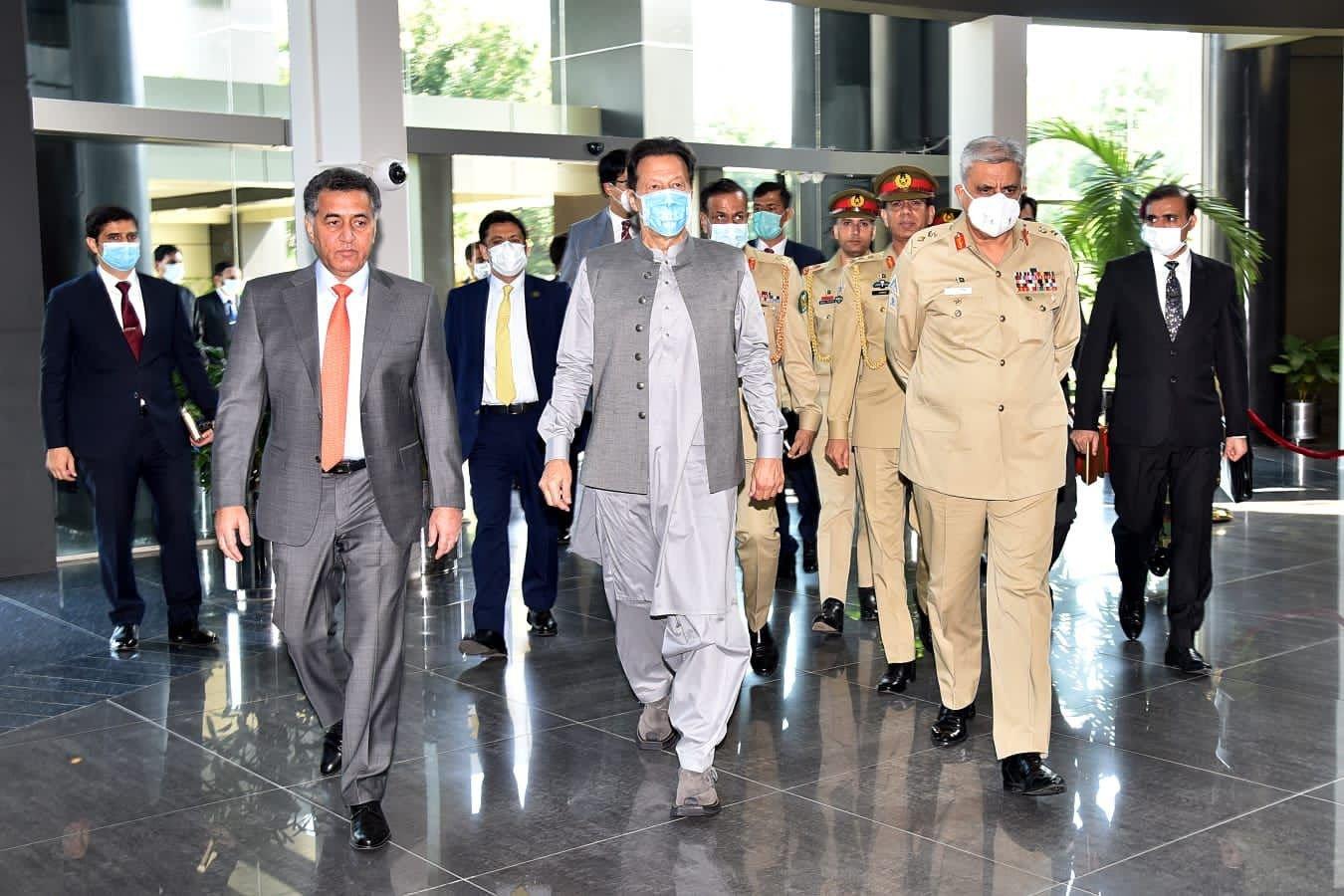 Prime Minister Imran Khan, senior cabinet members and the three services chiefs on Friday visited the Inter-Services Intelligence (ISI) headquarters to get a briefing on the evolving regional security situation, with particular focus on Afghanistan

“A comprehensive briefing was given to the national and military leadership on the national security and regional dynamics, with focus on the ongoing situation in Afghanistan,” a statement issued by the PM office read

The prime minister appreciated the diligent efforts of the ISI for the national security and expressed his satisfaction over professional preparedness, the statement added

The presence of the chief ministers of K-P and Balochistan, the border provinces of Afghanistan, meant the Afghan refugee situation was one of the key talking points

Read more: Don’t repeat past mistakes, Qureshi tells Blinken It was earlier estimated that between 500,000 and 700,000 new refugees could enter Pakistan in case the situation worsens

However, the Kabul fell without much bloodshed and contrary to earlier assessment there was no refugee pressure on Pakistan thus far

The situation, nevertheless, may change if there is humanitarian crisis and economic meltdown