Yes, Shahrukh Jatoi is a murderer, but is he a ‘terrorist’?

Home Blog Yes, Shahrukh Jatoi is a murderer, but is he a ‘terrorist’? 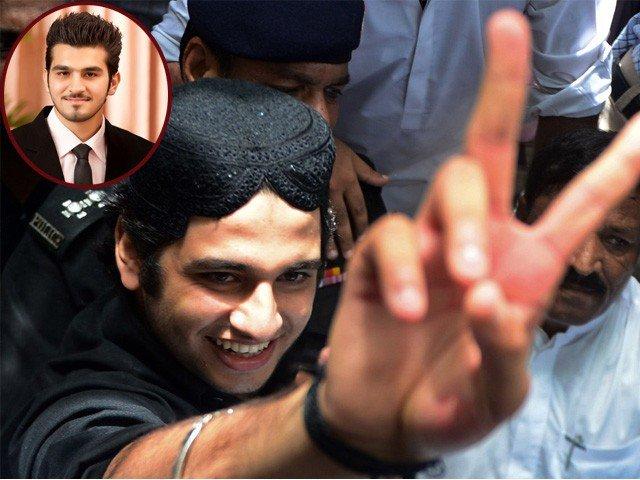 As per the latest developments, the Sindh High Court (SHC) ordered a retrial of the case in November 2017, following which the session court released the accused on bail on December 23rd, 2017

This development has shocked many, particularly those belonging to the civil society who showed their intention to challenge the decision in the Supreme Court

Despite several obstacles and delaying tactics employed – including misleading statements about the age of the accused murderer – by the influential family of Jatoi, the Anti-Terrorism Court (ATC) convicted Jatoi and his accomplices and awarded them strict punishments in June 2013

As per the law, the victim’s family can choose to do an out-of-court settlement and pardon the family of the accused

Usually, there is a certain sum of money (blood money) paid by the accused to the family of the victim as Diyat or Qisas

However, at that time, perhaps due to intense public pressure, the court did not proceed with the pardoning

However, the case again took another dramatic twist when the SHC ordered a retrial, effectively nullifying punishments meted out to the accused as per the former verdict of the ATC court

According to the court, the pardon which the victim’s family had given in 2013 was void as the case had been tried in an ATC and included clauses of terrorism, and hence, granting a pardon should not have been possible in the first place

He ordered the retrial in a session court, which ironically also brought back the possibility of pardoning through Qisas and Diyat law into play

In fact, the recent bail given to the accused from the session court materialised after the victim’s father, Aurangzeb Khan submitted an affidavit requesting the approval of Jatoi’s bail

Now, however, the civil society has decided to challenge the retrial in the Supreme Court, arguing that it is a terrorism case and therefore SHC’s retrial should be put aside and the original verdict should be upheld

The manner in which this case has become a media trial, it is impossible that the case is going to proceed in any sort of objective and normal way

While I agree with the good intentions of those who are challenging the verdict in the Supreme Court, I respectfully disagree with their strategy of trying to prove that the SHC was wrong in eliminating terrorism charges

I have extremely high respect for people like Jibran Nasir

For the past some years, he has been at the forefront of liberal activism and has taken such positions bravely, which would make any liberal proud

He has stood up for minorities, spoken in favour of abducted bloggers when no one was risking speaking up, and also tried to provide an alternate narrative to the mainstream jingoism

However, as mentioned earlier, in this case, while I agree with his intentions, I respectfully disagree with the methods he and some other activists are adopting

In my opinion, in order to punish Jatoi, the definition of terrorism is being stretched and it is fundamentally a dangerous strategy to take

What Jatoi did was criminal and abominable, but bracketing it under terrorism is dangerous overstretching, which does not bode well for justice in the long run

Furthermore, under the current law of Qisas and Diyat, Khan’s parents are, unfortunately, well within their right to pardon

Now, from a strictly normative and moral point of view, the civil society advocates are correct in saying that what we are right now witnessing is travesty of justice as apparently the parents have forgiven the criminals under pressure (or through some alleged sort of settlement)

However, their way of addressing is wrong

Rather than using this opportunity given by the high profile nature of the case, to spark a debate on the real issue, they are trying to just punish Jatoi using whatever means they can

In 2016, luckily, the Parliament passed an amendment thereby making a prison sentence necessary for the accused even if they have been pardoned under Qisas and Diyat; however this law continues to be used in other instances

In 2011, it was this very law which was used to provide relief to Raymond Davis, much to the dismay of many religious parties

Ironically, before his release, all of them had been screaming about letting the Pakistani courts decide instead of giving diplomatic immunity to Davis

At that point, the court made use of this law and released Davis, showing the religious parties and the rest of the Pakistani patriotic brigade the extent of amenability of this law to be misused

Yet, instead of coming to their senses, their resistance to amending this law has not wavered much

In fact, most of the Pakistani public, including those who felt such an outrage over Davis, want the entire legal system to be based on a strict religious code, showing that they do not understand the possible implications

However, unfortunately, the word ‘secularism’ is so extremely disliked that even talking about it is difficult

In this scenario, a good alternate is to suggest amendments to the Qisas and Diyat law, on the same lines as was done in 2016, which would make its misuse extremely difficult

If our civil society is really serious about providing justice, they should be directing talking about this issue rather than trying to misuse another controversial law, the Anti-Terrorism Act of 1997

Compared to blasphemy laws, where there is literally no room left for argument due to threats of extremely violent backlash, in this case, there is a precedent of amendments and it should not be an impossible task

In fact, we are, in essence, reinforcing the validity of Qisas and Diyat law when instead of challenging it, we use an alternate and equally controversial route

Eventually, we will end up consolidating both theses regressive laws and it will be the society that will suffer