Up close and personal with Parchi’s Ahmed Ali Akbar: “You cannot pull people down if they are more talented than you; you have to push them up”

Home Blog Up close and personal with Parchi’s Ahmed Ali Akbar: “You cannot pull people down if they are more talented than you; you have to push them up” 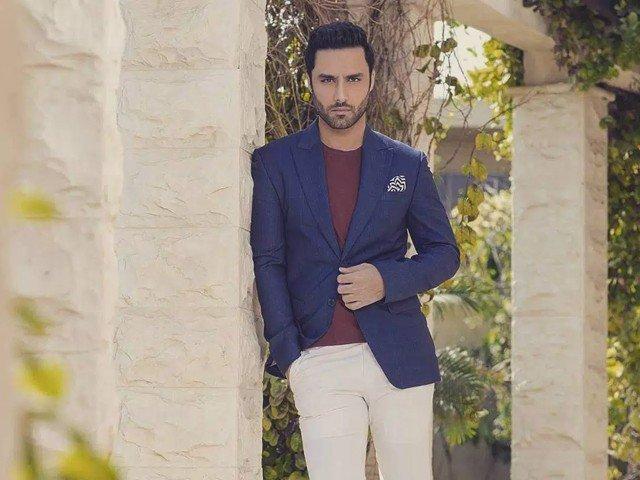 A one-on-one conversation with Akbar, however, is enough to determine that not only is he a good actor, but an amazing human being inside out as well! https://www

com/watch?v=MhMHXeewXN4 I sat down with Akbar to talk about his upcoming film Parchi, his latest projects and more in an exclusive conversation that will definitely keep you thoroughly entertained! How did you start off as an actor? As an actor, my first job was in the PTV drama Stop Watch

I got the role because my best friend’s father had written the play, but I didn’t think that I would take up acting as a career

After 10 years, while I was singing for a progressive rock band, my friend suggested that I give an audition for a play that was being conducted at a restaurant by some person

Later, while I was pursuing it, I discovered that the person was Osman Khalid Butt

So, I gave the audition and fell in love with theatre

How do you cope with rejection as an actor? I accept it

I was an athlete prior to becoming an actor, and one of the things sportsmanship teaches you is to cope with failure

That being said, you cannot be a champion without losing, thus it is not a big deal for me

I always liked auditioning for the roles I received, as it confirms your worth

I opt for legit ways of auditioning, so that the director or producer doesn’t regret it later

Hence, I believe my approach to accepting rejection has a lot to do with being an athlete

How do you balance your personal and professional life? Is it ever challenging? I make a conscious effort of keeping both separate from each other

My personal life is incredibly valuable to me; my family, my brothers and cousins

It has become more difficult to balance both over time (laughs)

Many people want insight into your life, and aim to get any photographs or videos taken and have them posted on social media

So, I look at a picture five times and think if I should put it up or not, as it gives away unnecessary information

Do you have any insecurities being an actor? I’m only proud of my past, and God has been very kind to me

When I ponder about my future, I think that anything can happen; I could lose this career, but that thought relaxes me

Since I have dealt with some harsh times in the past, I am glad that those moments taught me to live in the moment and focus on what is being done at present

The minute you start comparing your career with others, you will feel insecure

However, at the same time, if you compare yourself to those who haven’t been as fortunate as you, it kind of balances your mindset

I used to play tennis, and it is as mentally challenging as it is physically

All in all, you have to eat right, as you are what you eat; I firmly believe in this saying

There are only two homes in this lifetime you should take care of; one being the planet and the other being the body you live in

If you take care of these two things, you will not encounter any problems in life

What is your character profile in the upcoming film, Parchi? The film is about four guys who get into trouble after one of them makes a wrong decision

I am one of the more grounded friends in the group

The character I am playing is Saqlain, who is the complete opposite of the character Ali Rehman is portraying

My character is very sensible, but he can come off as scared and he can be overly careful as well

He has a girlfriend, whom he falls head over heels for and wants to marry, and his priority in life is to keep his relationships secure

What are your upcoming projects as an actor? The next project I am working on is another film directed by Kamal Khan

It is a very unique script and character altogether

I can’t reveal much about it right now, but it is going to be something very different

What would you like to change about Pakistani dramas and films? I would say writing

We have the facilities to make great dramas and films

However, the only thing we lack is writing

I believe we need to explore the depth of characters

We tend to show sad dramas, from the start till the end – that should not be it

A drama should imitate life

It needs to have all those bittersweet moments that life has, similar to the dramas we had back in the 90s

What qualities are needed to become a good actor? Empathy – it is one of the greatest qualities an actor should know of

You need to be open to experiences, and need not bound yourself to something or draw lines

The more you experience, the better you understand humanity and are able to re-enact it! I believe actors need to be good listeners and observers, and should be able to empathise

What are your thoughts on newcomers exploring Pakistani cinema? I think people should be recognised for their talent and worth

However, it is always a collective effort

You cannot pull people down if they are more talented than you; you have to push them up

What is your advice for aspiring actors? Something I admire about Osman Khalid Butt and many other people is how they have set up their own theatre plays, and write, choreograph and direct their own work

So if newcomers are coming in, and they cannot seem to find a way into the industry, they should create a way on their own

I believe aspiring actors need to start from theatre, as television and film will restrict them

If you are an actor, you can be bigger than the people who appear on television

Say no more! Akbar’s passion for acting and love for theatre is a standout example for aspiring youngsters

As witnessed above, the actor has constructive views and looks at life in a profound manner

I was truly impressed! Catch Akbar in his latest comedy flick Parchi, set to release this Friday, January 5, 2018

It looks like a true entertainer! All photos: Haider Rifaat