Dear abuser, my truth matters, and your time is up!

Home Blog Dear abuser, my truth matters, and your time is up! 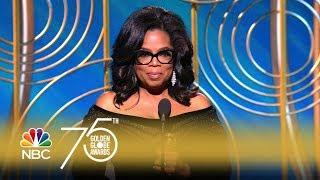 That’s how real they felt to me in that moment

That is the power of the spoken word

But this time, I found myself going back to the moments both before and after Oprah’s speech

I looked into the onscreen eyes of all these actors and I saw that glimmer, that feeling of long lost hope returning

Acknowledging not just the women in Hollywood but women everywhere, in every occupation, who had been through abuse and harassment, she applauded them for their courage to keep going and their decision to stay in abusive relationships/marriages for the sake of their children and family – like her own mother did

It wasn’t just her words that were inspiring and encouraging, it was the way that she spoke that every eye was on her and every word sunk into our consciousness

The precedent has been set – the truth does matter, it always has and it always will

I think somewhere along the way, we just forgot that it did

This should lend support specially to our Pakistani girls

Our girls are told to hide their pain every day, but their pain deserves to be heard

It deserves to be felt

If you’re reading this, your pain deserves to be heard as well

So today, I long for our women and girls and men and boys to all own their pain

Victims will always be shamed but your truth is more important

As inspiring as Oprah’s speech was, I think we need to acknowledge one thing – the lack of recognition male harassment gets

In Pakistan, it will always be an ego problem

We tend to push that narrative under the blanket, it’s true, as women – as a woman – we are so rarely heard

That’s the beauty of determination

To every girl that thinks her life lacks hope, that her dreams are too out of reach, know that circumstances can change

To Zainab, Tayyaba, Khadija, Batool, Sajida and unfortunately so many girls – every girl that’s been used and abused – this one’s for you