Sorry America, but Oprah 2020 is not the answer

Home Blog Sorry America, but Oprah 2020 is not the answer 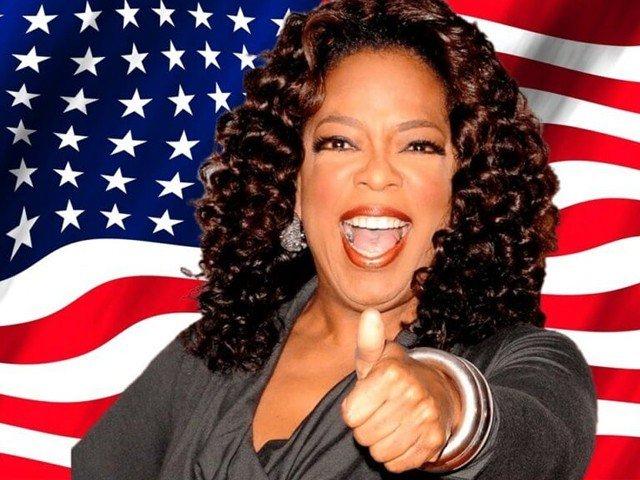 It was an objectively powerful oration, and social media was promptly flooded with calls for Oprah to be the country’s next president

The newfound Oprah 2020 campaign drew support not only from NBC News, which eventually deleted a tweet referring to her as “our future president”, but also famous neoconservative war hawk Bill Kristol, who unleashed a Twitter storm of support for the beloved American icon

com/BillKristol/status/950417326779793408 Oprah did rightly speak out against the 2003 Iraq war (though Kristol claims, partially correctly, that she supported regime change), and as an individual, she is a wonderful example of human connection, kindness, and compassion

During the 2016 election, Oprah made it clear she supported Hillary Clinton, even if she wasn’t her most enthusiastic backer

“You don’t have to like her,” she urged voters, as she warned against the dangers of a Trump presidency

She supported Barack Obama in both of his presidential campaigns, placing herself squarely in the spectrum of mainstream political ideology

But more important than the need to break away from this left-right, two-party paradigm, is the need for people to stop relying on a leader to rule over them altogether

This mentality has given us Donald Trump, and it has disempowered individuals not only from taking control over their own lives, but also working to improve society as a whole

Placing our hopes for civilisation and fates in the hand of another person – even Oprah – by putting them at the head of government perpetuates the mentality that we can’t support ourselves, instead opting to outsource our own responsibility to an external control system

Furthermore, doing so is yet another exercise in imposing views on others who do not have an opportunity to consent

The very same people cheering Oprah’s potential candidacy are outraged at Trump’s presidency, populating a resistance movement that insists he is “not (their) president”

Would they also respect the views of others who don’t want Oprah (or Obama or Hillary or anyone else) as their president? I never consented to Trump’s presidency, and I won’t consent to Oprah

And chasing solutions from a corrupted system, that has served to exploit people around the world while perpetuating extraordinary violence and instability, isn’t the solution anyway

We would do far better to actively work to free ourselves from this system by investing in cryptocurrencies to undermine financial institutions’ hegemony, growing our own food to undermine Big Agriculture, choosing to use alternative forms of energy to avoid state-sanctioned sources that destroy the environment, and donating our time and resources to organisations and individuals that need it

We could even grind this system of perpetual war, corporate welfare, and increasingly authoritarian law enforcement to a halt, by simply refusing to fund it

History has shown that electing a person to solve our society’s problems, rather than confronting them ourselves, not only fails to fix them but also almost always manages to make them worse

Perhaps we should respect each other’s individual freedom to not be ruled over by someone of our choosing, instead deciding to lift each other up ourselves rather than expecting a violent institution to do it for us

Rather than wanting to forcibly impose Oprah as an authority figure over hundreds of millions of people, perhaps we should simply strive to be like Oprah – to empower ourselves to escape staggering circumstances, to be kind to others, and to give as much as we can to those in need