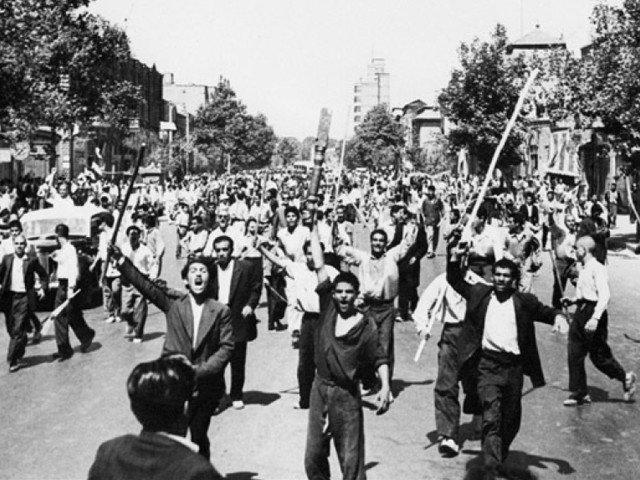 The history presented in this piece is not based on the opinions of people, but rather on official declassified documents released under the Freedom of Information Act (FOIA)

This is not an exhaustive list of the interference of the US in the affairs of other nations; it is only a summary of some of the actions of the US government revealed through their documents

But even this pithy account will be sufficient to reveal a narrative that the media fails to mention – an empire supporting coups around the globe, in its pursuit of power and wealth while espousing the values of democracy and liberty

The operation involved subversion, sabotage, assassinations and bribes to protect the oil interests of the British and give a foothold to the US in the Anglo Iranian Oil Company (AIOC)

He wanted Iranian oil to be used for the benefit of the Iranian people, not for foreign interests

Unfortunately for the people of Iran, the operation was successful

Mosaddeq was overthrown and replaced by a stooge, Mohammad Reza Shah Pahlavi, who protected American oil interests for the next 26 years and ran one of the most repressive monarchies in the Middle East

In 1954, the US successfully orchestrated a coup against President Jacobo Arbenz of Guatemala

The operation was called “PBSUCCESS”, and it replaced the reformist leader with the CIA’s point man, Carlos Castillo Armas

The operation once again involved extremely vicious and violent tactics, and was enacted to protect American business interests in Guatemala (such as the United Fruit Company)

Later in the 1960s, the US launched an unsuccessful operation to remove Cuba’s communist leader, Fidel Castro

Once again, the operation involved murderous tactics and even a failed assassination plot against the leader of Cuba

In the 1970s, in order to protect American business interests in Chile (such as copper mines), the US launched “Operation Fubelt” against the democratically-elected government of Chile, headed by Salvador Allende

The operation involved the creation of a severe economic crisis, along with various ferocious subversion tactics aimed at destabilising the government

President Nixon is famously quoted as saying, “make the economy scream”, a common tactic aimed at invoking popular unrest within a country against the sitting government

At first, the then sitting General of the Chilean army refused to support the American plan

The US then had General Rene Schneider kidnapped and killed, and managed to convince General Augusto Pinochet to overthrow the government

In the violent coup of 1973, the plan of regime change was successful and Allende committed suicide

General Pinochet ruled Chile with an iron fist for the next 27 years, with the backing of the US

In 1998, Pinochet was arrested and charged in London for various human rights violations and crimes that he had committed against his own people, while preserving America’s economic interests in his country

In the 1980s, the US was once again planning regime change, this time in Nicaragua

The operation, which became commonly known as the Iran-Contra Affair, was aimed at overthrowing the Sandinista government in Nicaragua

The US was funding and supporting drug traffickers against the local government, but the operation failed miserably after the covert agency had to abandon its operation once it became public in late 80’s

The then American president, Ronald Reagan, apologised for his government’s role in the affair

Instead, they portray the continuing legacy of an empire which is involved in protecting, maintaining and increasing its power and wealth, through the use of any and all means necessary

In light of the aforementioned, irrefutable historical record, to dismiss claims of foreign involvement in the recent coup in Zimbabwe and the attempt in Turkey would be the definition of ignorance

In Zimbabwe’s case, a leaked US embassy cable, dated January 30, 2007 and published by WikiLeaks, outlined a plan to remove Mugabe by 2010

In Turkey’s case, no official US documents have come to light regarding the failed coup attempt, but it is no secret that the US was extremely irate with the Turkish leader due to his stance on a number of domestic and foreign issues where he had directly challenged American objectives

Domestically, over the past decade, Recep Erdogan has introduced reforms that have increased his grip on power and revived an expansionist Ottoman legacy that appeals to Turkey’s Islamist roots, beginning to overturn secular policies implemented by successive military regimes with US backing

On the regional front, Erdogan continues to support the Muslim Brotherhood in Egypt

In Iraq and Syria, he has repeatedly targeted the Kurds, who have been in an alliance with the US since 2003

Furthermore, he has refused to support the US policy regarding Israel and Iran

Later, the relationship between the two countries came to a standstill after the coup, as Erdogan asked for the extradition of the right-wing preacher and political leader, Fethullah Gulen, who is in exile in the US

For many in Turkey, US protection and support of a man officially charged by Turkey in the coup attempt is another sign of foreign involvement and support

This pushed Erdogan to ally with Russia, something unthinkable and intolerable for the American administration

Given the above, one can safely assume that the plans to bring about regime change are being implemented by the US (against Turkey and other countries) even at present, and future generations will probably be privy to the ‘documented’ dismemberment of nationalistic states unwilling to accept hegemonic control

I would like to conclude this article by quoting a recommendation that seems to have been implemented in both letter and spirit, made by General Jimmy Doolittle to President Eisenhower, “It is now clear that we are facing an implacable enemy (the Soviet Union) whose avowed objective is world domination by whatever means and at whatever costs

There are no rules in such a game

Hitherto acceptable norms of human conduct do not apply

If the US is to survive, longstanding American concepts of “fair play” must be reconsidered

We must develop effective espionage and counterespionage services and must learn to subvert, sabotage and destroy our enemies by more clever, more sophisticated and more effective methods than those used against us

It may become necessary that the American people be made acquainted with, understand and support this fundamentally repugnant philosophy