Actually, General Bipin Rawat, nuclear weapons CAN deter war; a deterrence our countries are all too familiar with

Home Blog Actually, General Bipin Rawat, nuclear weapons CAN deter war; a deterrence our countries are all too familiar with 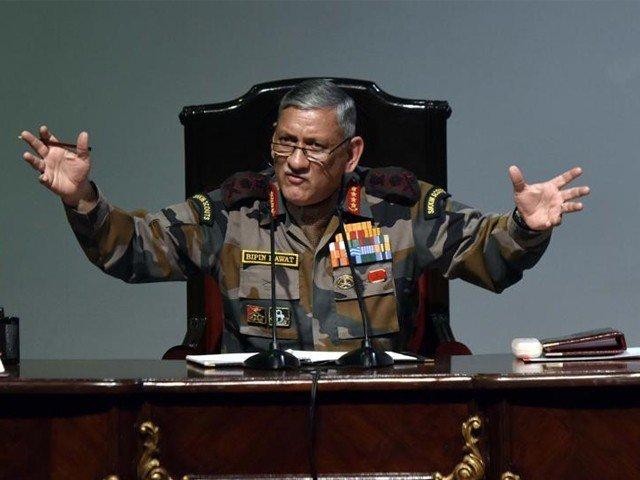 It must be fun to engage in high-level brinkmanship

Otherwise, it must get tiring to have so much authority and yet not be able to do anything with it

How else can one explain such a callous statement by a four-star general, who understands the consequences of a nuclear war in the subcontinent all too well? If we are to take General Rawat’s statements at face value, then nuclear weapons cannot deter war

He does admit that, “Nuclear weapons are weapons of deterrence

yes, they are! But to say that they can deter war, they will not allow nations to go to war, in our context that may also not be true

” With all due respect General, nothing could be further from the truth

The only reason the United States and the USSR did not go to war was because they both had nuclear weapons which could destroy the world many times over and ‘mutually assured destruction’ was a very real concept, not just textbook theory

Even at the height of the Cold War, during the Cuban missile crisis, the superpower adversaries feared locking swords

As in Kargil, while the international community played its part in de-escalating the situation, there was nothing stopping the Indian forces from attempting to cross the international border were it not for Pakistan’s nuclear deterrent

Similarly, the 2008 Indo-Pakistan standoff after the Mumbai attacks did not result in an expected war

Again, Pakistan’s nuclear deterrent and refusal to adopt the “First No-Use” policy came to its rescue

Forget 2008, even after the 2016 Uri attack, despite claims of a “surgical strike”, India couldn’t do much other than raise a lot of hue and cry over the attacks

The trend over here is that after each one of these attacks, India has rightly or wrongly blamed Pakistan

After the 2001-02 military standoff, the Indian Army realised that it took more than three weeks for its forces to mobilise, giving the Pakistani Army enough time to amass defensive deployments

In response to this, the Pakistani establishment decided that in the face of Indian incursions into Pakistan, it would cede its territory, but also deploy and use tactical nuclear weapons such as Hatf I and Nasr Hatf IX within its territory to thwart the numerically superior Indian forces

Thank God, this scenario remains in the emblem of war games and has not been put to actual test

Strange as it might seem that Pakistan would be willing to use nuclear weapons within the country, it is a strategy that works because war is a psychological game more than anything else

When the mad dog is a military state hell-bent on survival, the consequences are not only unpredictable, but also catastrophic

If nuclear weapons are directed at any of the major Indian or Pakistani cities, 20 million people would vanish in thin air from the direct effects of the weapons

The resulting firestorms would make cities like Delhi, Lahore, Karachi and Mumbai skeletons of their original selves

Skies all over the world would turn from blue to grey

This nuclear darkness is not a very likely scenario, however

The Indian defence establishment has many a time raised the spectre of a Pakistani invasion, but the idea has never materialised, because the cost benefit analysis does not hold out

General Rawat obviously knows all this, so there must be a reason why he is engaging in war posturing

It can be a play for dominance vis a vis Pakistan, but he is also sending a very specific message to Pakistan

Back in September, after the 70-day Dokalam standoff with China, he made a statement that India “cannot rule out the possibility of a two-front war with China and Pakistan”

India and China have always had border disputes, and the Indian military has assessed that the People’s Liberation Army would continue to make small transgressions on the 4,057-kilometre Line of Actual Control (LAC)

There is a feeling within Indian military quarters that in the future, the all-weather friends – China and Pakistan – may act in tandem against India, with Pakistan taking advantage of the situation on India’s northern border

Thus, to diffuse the likelihood of this eventuality, the General has put up a brave face against its two foes, warning that India would not shy away from engaging in all-out war, despite Pakistan’s nuclear deterrence

I am pretty sure General Rawat and the Indian Army would not act on any such statements, but if the General is indeed seriously thinking about a two-front war, he should perhaps consider this phrase from President Kennedy’s speech on peace: “Our most basic common link is that we all inhabit this planet

We all breathe the same air

We all cherish our children’s future

And we are all mortal

” Thus, for the sake of our future generations, the esteemed General should abandon all plans of a two-pronged war