Yes, what Aziz Ansari did was wrong, but is it #MeToo?

Home Blog Yes, what Aziz Ansari did was wrong, but is it #MeToo? 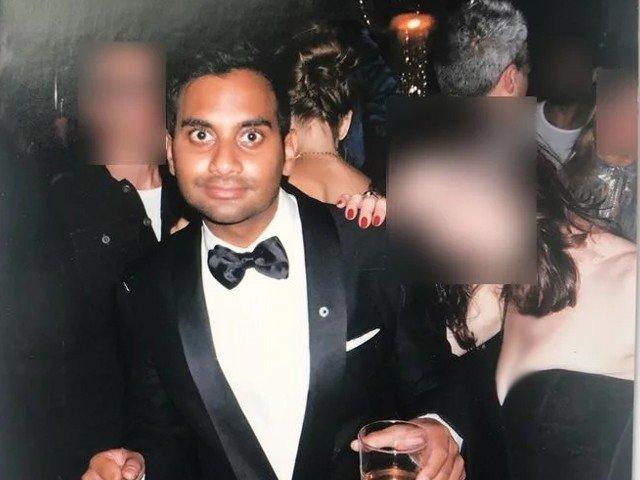 Ansari, who wore a Time’s Up pin at the Golden Globes as he accepted an award for his show, Master of None, counted himself amongst the people supporting women to tell their stories without fear of being judged or condemned

Ironically, it was the sight of this pin which compelled the woman to come forward with her story

However, something is inherently different when one reads the story of “Grace” (not her real name), who connected with Ansari at an Emmy’s after party, because they were using the same vintage film camera

Grace, who had lobster for dinner with him, psyched that she was going out with a star comedian

Grace, who then went to Ansari’s apartment after dinner but left in an Uber, crying the entire way home

This is precisely what makes the reality of sexual assault, and more importantly, the way men practice and perceive sex, so pernicious

It does not have to be a clear-cut sexual attack to constitute not only a violation of the woman’s body, but also her mind

What is at stake is something deeper than the physical body, but something that can’t be physically touched – the hope of intimacy, connection and understanding, the hope of something meaningful

Throughout the encounter, Grace struggled to say ‘no’

While there were moments when she verbally expressed her discomfort and wanted to stop, which Ansari listened to, he kept being persistent in his pursuit of sex, which made her feel pressured into doing something she didn’t want to do, but she ended up doing anyway

Throughout the encounter, whenever the cues were non-verbal, Ansari failed to sense Grace’s discomfort

This story, and many others like it, whether they’ve happened to us, our friends or people we know, isn’t just the failure of the individuals involved

It is the failure of a culture where hyper-sexuality dictates the relations between men and women, where women are expected to go on despite their discomfort, because saying ‘no’ would be an abnormality

It is the failure of a culture where women are not seen as sentient beings worthy of respect, conversation and also worthy of their own sexual pleasure, but simply sites of sexual satisfaction for men

And it is the failure of a culture where men aren’t taught to be receptive to women’s emotional cues, where emotion and intimacy have been torn away from sex, because today it is pornography that dominates the sexual imagination, and pornography isn’t always kind to women

Today, it seems as if a date isn’t a chance to get to know someone you like, but an invitation to have intercourse without any intimacy

In Ansari’s case, this isn’t only the failure of American culture

Ansari is a brown man, who grew up and currently lives in America, and he is also a Muslim man, who was probably affected by the conservatism surrounding sexuality that is rampant in South Asian communities and culture

While the public isn’t familiar with Ansari’s entire sexual history, it is fair to assume that these dimensions of religion, community and identity affected his sexual growth, just as they do for all Muslim-American youth in the US today

The added factor of an American society desexualising South Asian men, emasculating them in the shadow of the wholesome white American male, probably led Ansari to feel like he had to overcompensate in order to ‘prove’ his sexual mettle

The facts are still hazy, and it’s important to note in light of this ambiguity that we haven’t heard Ansari’s side of the story, only that he was “surprised and concerned” when the alleged victim first told him she felt uncomfortable the day after

The nature of the story, however, has prompted a backlash, with many taking Ansari’s side

People have argued that this exposé has and will further damage the credibility of the #MeToo movement, simply because this was a consensual encounter, and Ansari wasn’t in a position of institutional power over Grace

However, #MeToo is now a trend more powerful than just one story or case, and whether or not Grace’s story even qualifies for the hashtag is something that the culture will ultimately decide

After all, it was Ansari’s Time’s Up pin that incensed Grace to tell her story, making her angry enough to inform the public that while he may be ‘woke’ in his public beliefs, he is perhaps not as much in his private actions

On the other hand, however, the backlash to the story was prompt and significant

Why did Grace reveal her story anonymously, in a movement where now millions of women have bravely come forward with their story to accuse their perpetrators? And is this promoting a culture where women increasingly think of themselves as victims, rather than as beings with agency? And shouldn’t we also be promoting a culture where more women feel comfortable enough to say no and leave, despite being pressured, instead of victimising themselves after such encounters? Moreover, it is important to note that the piece was narrated by Grace to a writer who then wrote the story for Babe

Grace herself does not label the encounter as a crime being committed; she simply calls it the “worst night of my life”

Does all of this damage some of the credibility of the story? Perhaps that too, is now up to the culture to decide

In any case, this is a startling reminder that even men with the best intentions will end up acting on their base impulses, with the old adage during the the feminist movement, “The personal is political”, ringing true here

As James Baldwin, a gay black man and a critic of American race relations as well as sexuality, noted back in his day, the challenge for all men in America is to achieve a viable yet organic connection between their public stance and their private lives

Until the personal becomes political, and until we implement our ideas and ethics into our actions, more stories like this will emerge and we will be left throwing up our hands in confusion, unsure of how to proceed

Time’s Up doesn’t just mean that women simply hold men accountable, though that is a certainly part of it

It means that men change their behaviour to respect women

It also means that women, too, take hold of their own agency, and finally be able to call out men on their behaviour in such consensual encounters, instead of succumbing to the pressure and letting it become #MeToo