Did we catch the right man in Zainab’s murder?

Home Blog Did we catch the right man in Zainab’s murder? 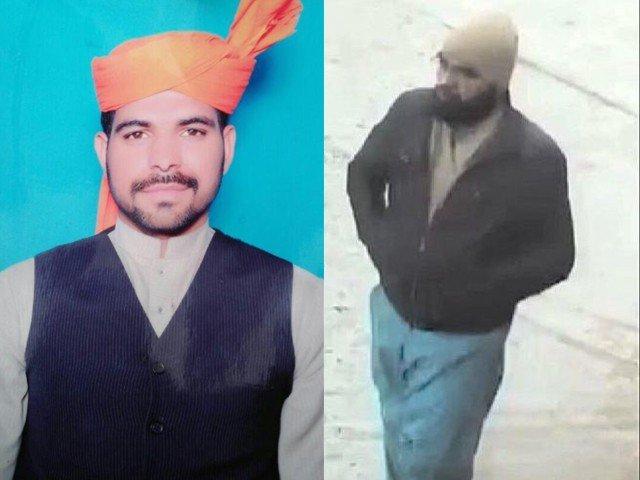 What is certain is that if the Supreme Court (SC) had not ordered the police to find the killer within 72 hours, the police would never have acted so

Knowing the way our police functions, even if they had caught the real culprit, his release would probably have been secured in exchange for money

Naturally, given the way events have unfolded, I am not alone in being doubtful of the results

Others wonder if he was a neighbour, why wasn’t he investigated earlier? There are conflicting reports in this regard, with some suggesting that Zainab’s family had told the police that Imran was someone they trusted, who also frequently visited their home and also participated in the protests held against Zainab’s murder, which is why he was let go by the officials in the first place

com/omar_quraishi/status/955788022435467264 According to the neighbours, the police did ask Imran to go with them for questioning, but he started frothing at the mouth and had a fainting episode, while his mother screamed that a pious, God-fearing person like him could never be a rapist or a killer

The neighbours also intervened, claiming that Imran was a deeply religious man who recited naats and offered prayers regularly

Thus, at the time, the police had “no option” but to free him

In fact, in pictures taken during Zainab’s funeral, Imran can be seen a few feet away from Dr Tahirul Qadri

com/SarahJawadKhan/status/955835560622542853 To rub salt on our wounds, the Chief Minister of Punjab, Shehbaz Sharif, addressed a press conference in which he took all credit for solving the case

He also couldn’t resist reminding the nation about the case of Asma, a little girl from Mardan who met a fate similar to that of Zainab and whose case remains unsolved

He seemed to be insinuating that just because the Punjab police “succeeded” in solving Zainab’s case, while the police in Khyber-Pakhtunkhwa (K-P) remain in the dark, somehow the Punjab government is better than the one in K-P

At this point, one can only remind him that Punjab has been in his control for the past 10 years, yet neither its police nor its government did anything when the first rape and murder of a little girl was reported two years ago, nor when the Kasur scandal broke out in 2015

In fact, in my opinion, Shehbaz is equally responsible for the ensuing deaths of seven innocent little girls, because his policemen did not do what they are paid to do, but were instead used mainly for the protection of the chief minister and his cronies

com/mahwashajaz_/status/955828737723027456 Furthermore, whether or not Imran is the real killer, the police are also responsible for the rape and murders which this man is alleged to have committed

The punishment should also fit the crime, and not involve mere suspension or being posted as officer on “special duty”, which is what is usually done whenever a policeman is found to be negligent; case in point: Rao Anwar

We know that our ruling politicians appoint unqualified and unsuitable persons from their home towns to work as policemen, particularly in Karachi, where several extrajudicial incidents have taken place, including one in which the cops killed four young men in cold blood

They act as if they are above the law – perhaps because in this country, they are – and would never be held accountable for such fake “encounters”

Their leader, Anwar, was caught trying to escape to Dubai after killing an innocent man, Naqeebullah Mehsud

Anwar is reportedly a favourite of those who rule over the unfortunate province of Sindh, and has been suspended several times in the past, only to be re-instated again

Naturally, with such powerful people backing him, Anwar has supervised the killing of about 300 people, claiming that they were militants

In light of these new developments, the court should investigate all these murders and determine how many of the victims were actually innocent

Just a few months ago, there emerged another case of a “fake encounter”, as video footage showed Faisalabad police pumping bullets into a man called Asif Sardar

Even though he had surrendered and posed no apparent threat, the police later claimed he had opened fire at them first

An investigation conducted last year of 20 police encounters determined that in six such encounters, the police had misused law and had exceeded their powers

Most people who have been held up, a very common experience for those who live in Karachi, are too scared to go to a police station to report the crime

They fear that they will either be robbed by the cops in exchange for their freedom, or made to forcibly confess to having killed someone or robbed a bank

As for Zainab’s alleged killer, he has already been presumed guilty, after being condemned by the chief minister of the province

Given the state of our police, and after such extensive media coverage, especially after Shehbaz’s press conference, the accused is unlikely to get a fair trial

Thus, if Imran is shot dead in an “encounter” while allegedly trying to escape, or if he ends up committing suicide before his trial, we should not and cannot be blamed for suspecting that the real killer is someone who is still out there, while Imran is presented to us as a scapegoat

No matter what happens, however, Shehbaz should be made to realise that due to his inaction in the past, ultimately he, too, bears responsibility for the brutal murder of the eight little girls in Kasur