India and Israel’s “humane” strategy: Why kill them quickly when you can give them a slow, painful death?

Home Blog India and Israel’s “humane” strategy: Why kill them quickly when you can give them a slow, painful death? 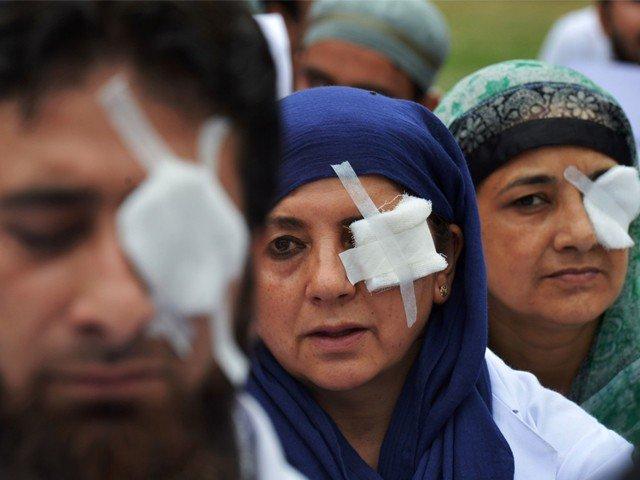 There is some truth to India’s claims

Pellet guns overwhelmingly blind, injure, and maim, but do not instantly kill

They are, therefore, posited as more humane and acceptable instruments of crowd control

The question then arises: Are India and Israel actually being more humane? Or is there a political strategy behind their decision to blind and maim Kashmiris and Palestinians, as opposed to killing them? According to Amnesty International, while at least 14 people were killed in Kashmir in 2016, thousands were injured

Incapacitated in myriad ways from being blinded to disabled, victims have suffered the loss of livelihood, trauma and immobility – experiences that squeeze out life, gradually

Many have not regained their eyesight despite repeated surgeries

” A more appropriate way to describe these pellets and rubber bullets, then, is “lethal over time”

Indeed, with the rise of human rights watchdogs, prior approaches of “catch and kill” are less plausible

States have, therefore, moved on to what gender studies scholar Jasbir Puar has described as “shooting to maim”

Rather than killing their targets instantly, they leave them to die painful, slow deaths

Debilitated bodies become the everyday reminders of the immense capacity of the occupying force, even in its absence

The occupier is, hence, always present

This is an effective tool for the occupying state to puncture resistance, suppress dissent, and eventually break the will of the people

The state justifies its actions by using terms such as “mobs”, “thugs”, and “rioters” to describe those protesting occupation

These terms criminalise resistance and paint unarmed protesters as violent, lawless, and a public nuisance

In occupations, the indigenous always appear on the wrong side of the law

They are conceptualised as an undifferentiated mass, perpetually in a state of illegality

The state can, thus, invent weapons that are indiscriminate and undiscerning

As thousands of pellets descend upon the unarmed bodies of Kashmiris and Palestinians, the henchmen of the colonial regime – the soldiers and politicians – maintain an air of impunity by appearing as a benevolent, well-meaning force that is simply restoring peace

How ironic since there is nothing humane or benevolent about the iron pellets that pierced the eyes and face of 14-year-old Insha Mushtaq last year; or the rubber bullet that fractured the skull of 14-year-old Mohammed Tamimi last month

In the words of Kashmiri poet Muhammad Nadeem: “…these coal black eyes that were like suns, with rays of happy dreams that leaped from each lash are now bottomless black wells…” The use of pellet guns in India and rubber bullets in Israel must be banned, and militarisation and occupation must end

In addition to tallying the dead, we need to also hold these forces accountable for the injured, the blind, the disabled, the arrested, the raped and the disappeared

And we have to remain vigilant

Occupying forces are ever so agile and nimble, adapting to human rights criticisms and inventing new forms of population control, policing and torture

India, for instance, is not only considering rubber bullets but also experimenting with chilli pepper-filled ammunition, which contains irritants stronger than those in pepper spray – all in the name of being more humane! Indeed, Kashmiris and Palestinians are brought together by their occupiers’ shared interest in slow deaths

That, perhaps, is the slyest form of extermination