Once fearless and bold, Pakistan has now become the lost child of the cricket world

Home Blog Once fearless and bold, Pakistan has now become the lost child of the cricket world 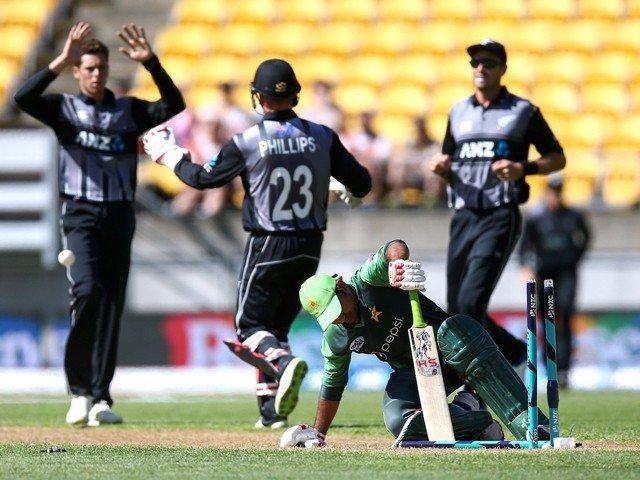 Pakistan have indeed upset many fans as the series progressed, but their unwillingness to learn from their mistakes makes it easy to summarise their performance in one breath

We all saw what happened; therefore, dissecting their batting troubles is like beating a dead horse at this stage – it won’t help

If Pakistan’s performance in ODIs was a video tape being played at normal speed, then the first T20 was the video played in fast forward

Nothing changed, except that the Pakistani team found even faster ways to throw wickets and end the misery of the fans sooner rather than later

However, I am not here to provide a list of the usual excuses either – different conditions, bouncy pitch, weird weather, new country, long flights, and so on

New Zealand has thus far dominated us fair and square

It is as simple as that

Now, we may choose to learn from our mistakes to avoid such losses in the future, or continue to paint the wrong picture to deceive ourselves

The problem lies in the approach we now take towards the game, which at the moment is unclear and ineffective

Pakistan was once known for its bold moves

We unleashed Shahid Afridi at a time when T20s didn’t even exist; it made little sense but we did it anyways

Wasim Akram was given the new ball at an adolescent age, and we watched him create magic with it

Waqar Younis and Shoaib Akhtar were ordered to go for the kill, while Javed Miandad was trained to be a fighter each time he went out to bat

We were different back then

We were fearless back then

Fast-forward to 2018, and now Pakistan has become the lost child of the cricket world

We are timid, we are shy and we are afraid to try something new

We have been slapped with humiliating defeats in Australia and New Zealand within the past 12 months, but instead of learning and growing better, we have grown immune to the pain and offered excuses to get away

Pakistan, what has happened to you? We want to play aggressive like we once used to, but then we burden our batting line-ups with inning builders and low strike rates

We desperately look up at Fakhar Zaman to provide our batting some impetus, but we are too afraid to induct more Zamans in the line-up

Sarfraz Ahmed is our latest star, with the Champions Trophy title under his belt

However, why he is hiding so low in the batting order is anyone’s guess

He has the ability, skill and talent to open for Pakistan and lead from the front, yet he chooses to sit back and watch his team lose in the same fashion, day in and day out

Even when Ahmed showed a moment of bravery by trying Faheem Ashraf as an opener in the fourth ODI against New Zealand, he was quick to doubt himself and sent Ashraf back down the order after one failure

Imagine if Imran Khan had lost trust in Akram’s ability and had done the same after one poor spell! The Champions Trophy was a fairy tale, something conjured right out of Disney world

It was spectacular and will always be cherished by the nation

However, it doesn’t hide the flaws that we have been developing over the years, including a defensive mindset and a lack of ability to make bold decisions

He can only change the fate of the team by learning from their earlier mistakes and making the hard, yet necessary decisions

He can even use England as a case study

England completely transformed their team when Eoin Morgan took over, because they realised their old approach was outdated and a new approach was a must if they were to progress as a team

If I could suggest anything to Ahmed, I would advise him to have a clear vision and make the tough call to drop players that start a dot ball marathon in the middle of the innings

Given that we have already hit rock bottom, with a whitewash in ODIs and a humiliation in the first T20, how can trying a new approach and new players be any worse?