For Imran Khan, it’s never been about winning the race, but about not letting PML-N win

Home Blog For Imran Khan, it’s never been about winning the race, but about not letting PML-N win 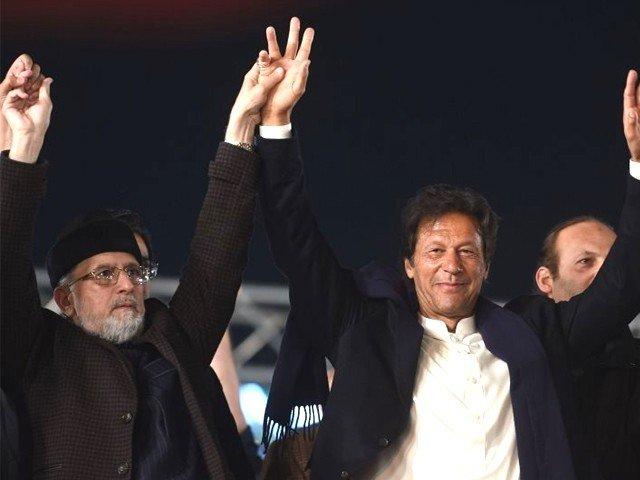 The city was the same, the person gracing the stage was the same as well, but the crowd and the passion of old was absent

First of all, in 2011, Imran gave the youth of the country a fresh perspective regarding politics

Here was an accomplished, self-made man who had brought laurels for Pakistan in the field of sport and charity

He was unequivocally clear in his outright rejection of the old-school style of politics, and fervently claimed that he would bring a new team comprising of talented professional technocrats, whose help he would take in running the affairs of the country

Gradually, however, people saw Imran going back on his statements and inducting into PTI the very politicians he had bemoaned earlier, with the likes of Shah Mahmood Qureshi, Aleem Khan, Sheikh Rasheed and Javed Hashmi joining the party

Those members who had stood behind Imran throughout his political struggle, who had joined his party when no one took it seriously – the all-weather supporters – seemingly left his side and were replaced by those who, till 2011, had no contributions whatsoever in Imran’s long struggle

But one thing is certain: Imran did not hold true to his statement of never looking towards the old guard of Pakistani politics for support, and believing firmly in the capability of the youth to bring change

Secondly, we saw in the 2018 rally that Imran stood shoulder to shoulder with the Qadris and Zardaris of the country

One would assume that with three political forces joining hands, the crowd would be thrice as much – but that was not the case

Back in 2011, it would have been hard to imagine a man of Imran’s convictions ever sharing the political stage with a man of Asif Ali Zardari’s repute

Throughout the past five years, if there is one man Imran has bashed more than Nawaz, it is surely Zardari

To see the head of PTI seeking support from Zardari was a disappointment of titanic proportions, and it sank the expectations of many PTI supporters, especially the youth, who feel utterly disillusioned and betrayed

One understands Imran’s motivations for joining hands with a man like Zardari, but what then of all the times that Imran called him and his party out for the abject corruption and evasive mal-governance they are criticised for? Was it all merely a political stunt on Imran’s part, or has he finally, like other politicians, realised that compromise is the name of the game? Either way, how can he still claim to be any better than the rest of the sorry lot? Lastly, the lacklustre turnout in Lahore this year was largely down to Imran’s incessant obsession with the Pakistan Muslim League-Nawaz (PML-N)

Instead of constantly criticising the PML-N, a much better approach for the PTI would have been to highlight its own incredible achievements in Khyber-Pakhtunkhwa (K-P)

That is where they ultimately fell short

After all the hard work put into the planning, legislation and ultimate execution of their welfare policies, when the time finally came to show the results to the people of Pakistan, one felt PTI was too distracted elsewhere, embroiled in never-ending legal battles with the PML-N

Forget the rest of Punjab; today, if one were to go to the streets of Lahore – the same city that gave a resounding hero’s welcome to Imran seven years ago – you would not encounter the same level of passion amongst the people that was garnered back then

Had Imran and his PTI directed his energies in highlighting the accomplishments in K-P, as PML-N does in Punjab, the masses would have had the chance to compare and contrast the policies of PTI with those of PML-N in the fields of education, healthcare, police and legal reforms

The way things stand at the moment, people all over are just not aware of the progress that has taken place in K-P under PTI’s government

It was always going to come down to Punjab

Think for a second from a layman’s perspective

Does he really care about Panama? Or does he care more of what he sees right in front of his eyes? He sees massive development projects, like the Orange Line Metro Train, and feels satisfied that his elected Punjab government is doing something for him

In turn, what has the PTI done for his welfare thus far? This question is where Imran’s role becomes pivotal

He had to make that common man realise that true development does not come from metro stations and trains; rather, it arises from human resource development, by investing in the people

In this vital endeavour, the PTI has failed

As the leader of what is arguably the country’s second biggest party, it goes without saying that Imran has every right to criticise the government for its shortcomings

As the head of the largest opposition party, it is his duty to raise legitimate issues against the policies of the ruling party

Has Imran made any serious efforts to strengthen his party base in rural Punjab? Has the PTI made major inroads in Sindh and Balochistan, in terms of recruitment drives, rallies, local networking, and actually going to the masses of such underdeveloped provinces and sharing their political manifesto for the upcoming general elections? Apart from some scattered events, the answer to the above questions is sadly a firm negative

The verdict of Panama has definitely dented the PML-N’s standing, but in the absence of a broad election campaign plan, Imran is living in a fool’s paradise if he thinks that Panamagate alone is going to help him win the next election

It is said that one must give the devil its due

The PML-N, even though its leader was declared untruthful and removed from parliament, still enjoys the favour of the majority

As things stand at the moment, PML-N looks certain to win the upcoming elections and retain power

If that outcome does come to pass, the PTI should be ready to take some of the blame

From a party riding on the wave of unprecedented popular approval 2011 onwards, the dismal turnout of supporters in Lahore this year shows that PTI is losing steam, and that too at the worst possible time