For a nation surviving on dharnas, Pakistan does not know how, when or what to protest

Home Blog For a nation surviving on dharnas, Pakistan does not know how, when or what to protest 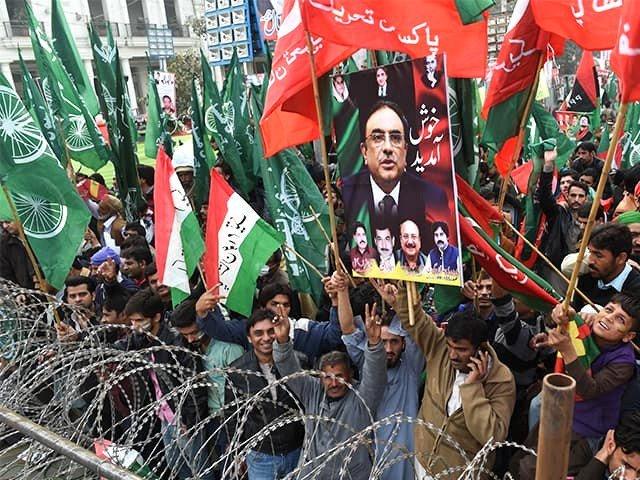 Zainab did come up in the speeches at the protest

It is perhaps retrospectively a good thing that she often only came up as a side-note, for when she was discussed, she was weaponised by the leaders to call for an end to the current government’s rule

In those moments, the basic problem with political protest in Pakistan was most apparent – the main priority was power, and everything else was secondary

Of course, there is nothing wrong with calling for accountability of leaders in government – they are at least partially responsible for the worse that befalls us, and this includes the tragic cases of Zainab, Mashal, Malala and countless other innocents

The problem, however, is that unlike most democracies across the world, Pakistani political parties don’t organise on the basis of issues which directly impact their citizens, but for a change in power as a remedy to influence those issues

In the US, Senator Bernie Sanders holds rallies regularly to vie for free college education and healthcare

In the UK, Labour Party firebrand Jeremy Corbyn has advocated for non-interventionism in foreign affairs

Even in neighbouring India, the Aam Aadmi Party’s Arvind Kejriwal has organised demonstrations against the involvement of multinational corporations in India

It sends a message across the country that for those who rule over us, issues such as rape, rampant poverty and ruthless discrimination of minorities take a backseat in favour of vying for power

It is also self-harming, in that because political parties rarely use protest to take bold positions on issues, there is an ambiguity present in their stances that no published manifesto can clear out

It is no coincidence that there is a strong apathy for the political system, where all parties are just seen as more of the same, with no hope for change

This corresponds with a nationwide Gallup Poll, which found that 45% of Pakistanis expressed apathy or a lack of interest towards active political participation

More directly, it impedes on the ability of the political system to create meaningful, positive change for the ones it claims to serve

If political parties were to gather in protest to solve issues with the vigour that Qadri and Imran had at the 2014 dharna in the capital, actual – albeit incremental – change could have been achieved

The success of this approach is evident in the Pakistan Peoples Party’s (PPP) protest against the hike in petroleum prices in November, when the government responded by lowering petroleum rates, and by the Awami Worker Party’s valiant involvement in the katchi abadi case

Most importantly, however, this protest mentality of “we’ll fix everything once you vote for us” is an indignity to those who give their voice to political parties when they don’t have a voice of their own

Although the main institution of representative democracy is the electoral system, that is not its purpose

The teleology of democracy is to lend an ear to those who are not powerful enough to stand alone against the ills that befall them, and push for positive change, unadulterated of ambition for power

In the absence of the strong presence and support of organised political units such as political parties, fighting for the issues of the day is left to Pakistan’s civil society

But no matter how well intentioned these men and women may be, their capacity to influence change pales in comparison to all the good that could be done by the country’s massive, well-resourced and well-connected political parties

While the next protests against the incumbent government are planned out for the coming weeks, Pakistanis will continue to suffer, because they have been told that democracy is a waiting game

For every day we wait, Pakistan will create another Malala, another Mashal, and another Zainab

This waiting game is an illusion, fabricated by the political system to keep power within itself, without using said power to govern the people and aid them in the problems that they wanted to escape when they ventured to the ballot box

There is a time for politics, and there is time for humanity

For the political parties that represent Pakistan’s 200 million, the latter is just a tool to do the former

Until this prioritisation changes, no change shall come, no matter who occupies the corridors of power