The room of beasts and unspeakable secrets

Home Blog The room of beasts and unspeakable secrets 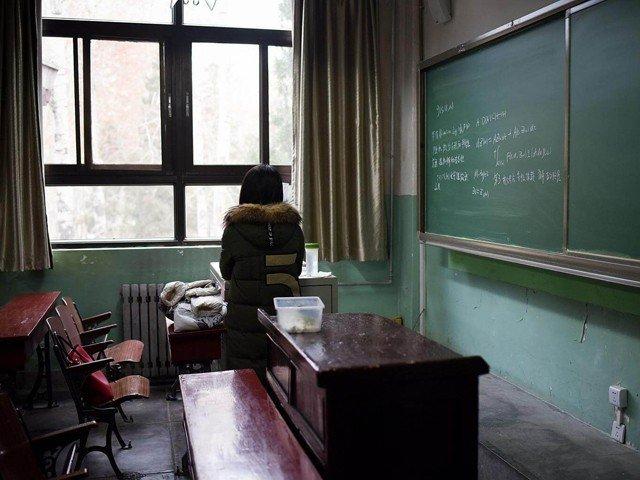 She had just finished reading the book for the umpteenth time, which was evident from the pages that were all worn and dog-eared, the margins that crawled with hastily scribbled notes, the pastel-coloured post-its that protruded from every page, and the spine that was riven with creases

Every time she finished reading the book, she could not help but cringe at the contrived ending of the story

But this time around, it was not the book she was thinking about

She had hoped to find some distraction from the dark and dreary thoughts that kept swirling in her mind every now and then, but she could not control them

They seemed to have a life of their own

Instead, she found her mind straying to what had transpired a few weeks ago, in the dimly-lit office of her teacher

There was an unsettling predatory gleam in his eyes

“He said I got the highest score in the class!” Mahnaz exclaimed

“He even left a long note at the end, complimenting my writing skills

He never does that for anyone, you know?” She gloated in front of her friends as they sat scooping spoonfuls of steaming hot biryani into their mouths

“You do know what happened between him and that girl, right?” Sara looked at her sceptically

“Oh God, please don’t tell me you, too, believe the rumours,” Mahnaz rolled her eyes at Sara

“He’s a great teacher and a wonderful person

I don’t get why anyone would do that to him?” About two years ago, there had been accusations of sexual harassment from one of his graduating students; the girl had alleged that the teacher had called her to his office on the pretext of discussing her ‘deteriorating academic performance’ and touched her inappropriately

The school administration had very cleverly brushed the incident under the carpet and a few months later, the girl had graduated with an ‘F’ on her transcript

“Just be careful is all I am saying

” What does Sara know? The girl was probably just a disgruntled student

Hadn’t she always been scoring less than me in all the tests and exams? Mahnaz thought to herself

Sitting there in the cramped office, Mahnaz recalled this conversation

A drop of cold sweat meandered down her spine

“Can you please come over here and take a look at these?” The teacher’s silky voice pulled Mahnaz out of her reverie

He was pointing to something on his laptop screen

“Could you please email me the links to those articles? I, I am, uh, running late for class…” There was a note of panic in her voice which the teacher instantly noticed

The predator sniffed the air hungrily, for its prey was now beginning to exude a very tempting smell

The smell of fear

“Oh come on! I spent all night digging these up for you,” he cried petulantly

“You’ve got to take a look at these

” Mahnaz slowly stepped over to his side of the desk

On the screen, a browser window that displayed images of women clad in lingerie posing sensually hovered in the background

“So…as I was saying…” he continued

What happened next was a blur

The beast’s hands were all over her

She did not even attempt to wrestle her way out

She just stood there, petrified and dazed, as the beast gripped and wrapped her in his iron tentacles and violated her with all his might

As she walked away from the office room that day, she only faintly remembered what had just happened

All she remembered were his words, uttered to her in his nicotine-coated breath, “If you ever say a word, just remember your grade is in my hands

” Who do I tell? Surely, I cannot ruin my grade

No, I must keep my mouth shut

I must not become that girl, she thought

The warm and merry façade of the college, which had always been her safe haven, slipped away, revealing a dreary and menacing gloom underneath

It had always been there, lurking in the corridors, stalking the grounds, roaming the classrooms and the examination halls, hiding in the washrooms and behind the locked doors of office rooms that housed beasts and unspeakable secrets

That day, as she went home, Mahnaz could swear she felt her Careem driver’s lewd glances raking her body from the rear-view mirror

Draping her dupatta over her chest, she looked away and caught sight of a plastic milkshake container wedged in between the seat and the car door

The rim was stained with lipstick

Maybe he poisoned the last one

Home is just a few streets away

I could walk the remainder of the journey, she thought

She immediately whipped out her phone from her bag, canceled the ride and handed over the fare, not even bothering to look at the bill

“Ma’am, is everything okay?” the driver asked, bewildered

“Yes, just please unlock the door!” Throwing the door open, she got out, gulped air and ran home as she braced herself for a life that she knew was now going to be spent looking over her shoulder