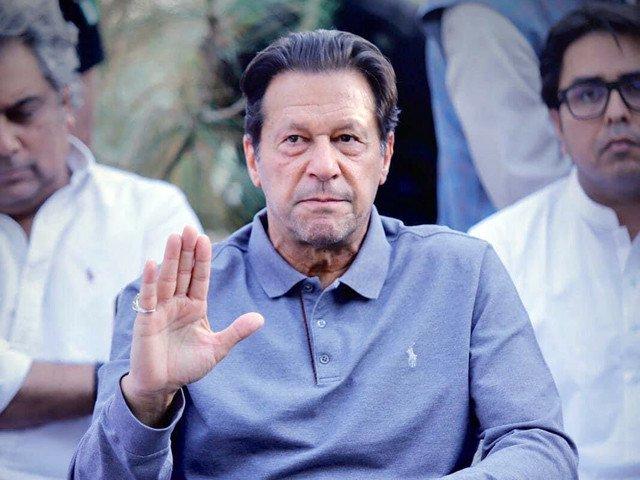 Former prime minister and Pakistan Tehreek-e-Insaf (PTI) Chairman Imran Khan filed a review petition in the Supreme Court on Thursday, challenging the apex court’s decision on April 7 on the ruling of the then National Assembly speaker on the vote of no-confidence

A five-member larger bench of the apex court headed by Chief Justice Umar Ata Bandial had passed a unanimous judgment that declared the events of April 3, including then deputy speaker Qasim Suri's ruling and the subsequent dissolution of the assembly, to be contrary to the Constitution

In his review petition, the former prime minister pleaded that Article 248 of the Constitution barred any other institution from interfering in the affairs of parliament

He stated that the deputy speaker's ruling was in accordance with Article 5, when he rejected the no-confidence motion

The review petition, filed through Imtiaz Siddiqui and Chaudhry Faisal Hussain, stated that Article 248 did not make the applicant answerable for exercising any constitutional powers before any court

It contended that the bench had erred to appreciate the provisions of Articles 66, 67 and 69

“The Apex Court has erred to appreciate the mandate of the Constitution which ensures that the Parliament as well as the members/officers thereof, the President as well as the Prime Minister are not answerable in exercise of their functions as well as discretionary powers before any Court,” the plea said

Also, it added, their discharge of constitutional obligations could not be called into question before any court under the Constitution

“The entire jurisdiction exercised by the Honourable Bench of the Apex Court is in violation of Article 175 of the Constitution,” the petition contended

Read Imran announces next phase of ‘real freedom’ movement Furthermore, Imran contended in the petition that the Supreme Court order, in the absence of any detailed reasons, was not a judicial determination in the context of Article 184(3) read with Article 189 of the Constitution

The petitioner said that the then deputy speaker’s ruling was meant for the enforcement of the Article 5 of the Constitution and it did not have any connection with the petitioner, who was the chief executive of the country at that time

In fact, the speaker had certified that there was no no-confidence motion pending against the petitioner, therefore, he advised for the dissolution of the National Assembly

“The Honourable Bench of the Apex Court has erred to appreciate that within the proceedings of the house, i

the Parliament are sovereign, independent and are not amenable to the jurisdiction of the Supreme Court or any other Court under the Constitution,” the petition said

"That the procedures for a “no-confidence motion”, election of a new prime minister, etc

have been elaborately provided in the Constitution

therefore, the honourable apex court is not entitled to micro-manage the affairs of parliament," it added

“It is, therefore, most respectfully prayed that this August Court may kindly review, recall and set aside the Impugned Order dated 07

01/2022 which is based on errors floating on the surface, therefore, the impugned Order may kindly be recalled and the captioned causes be dismissed/discharged,” it concluded