The bittersweet reality of a meth addict: Can ‘Beautiful Boy’ win Timothée Chalamet an Oscar? 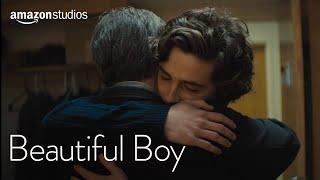 The official summary describes the film as, “A heartbreaking and inspiring experience of survival, relapse and recovery in a family coping with addiction over many years

” Judging by the trailer and the film’s fall release date, it’s not hard to see that Beautiful Boy is intended to be an Oscar contender

But the trailer also offers glimpses of a potentially inspiring story about addiction, with the relationship between Nic and his father David at the heart of the film, as evident by quite a few emotionally moving scenes between Chalamet and Carell in the trailer

Chalamet’s breakout roles in 2017 saw him establish himself as one of the most promising young actors in Hollywood, with strong performances in Hostiles, Lady Bird, as well as his critically acclaimed, Oscar-nominated turn in Call Me By Your Name

Carell, on the other hand, known mostly for his comedic talents, has also proven himself as an actor with serious dramatic range with Foxcatcher

With these two gifted actors at the centre, Beautiful Boy has all the makings of that emotionally-inspiring tear-jerker the trailer makes it out to be

But even if it isn’t, it will almost certainly be worth watching for the performances

Apart from Chalamet and Carell, Maura Tierney (The Affair) and Amy Ryan (Gone Baby Gone) are also part of the stellar cast

The film also happens to be directed by Belgian director Felix van Groeningen (The Broken Circle Breakdown, Belgica), an unknown entity to most, but an immensely talented filmmaker whose films often deal with a similar subject matter of family drama

And anyone who has seen The Broken Circle Breakdown knows he’s an expert at balancing emotionally distressing moments with an earnest sincerity, something that makes him the perfect filmmaker to take on this story