Sanju’s triumph over his addiction should be celebrated, not trivialised

Home Blog Sanju’s triumph over his addiction should be celebrated, not trivialised 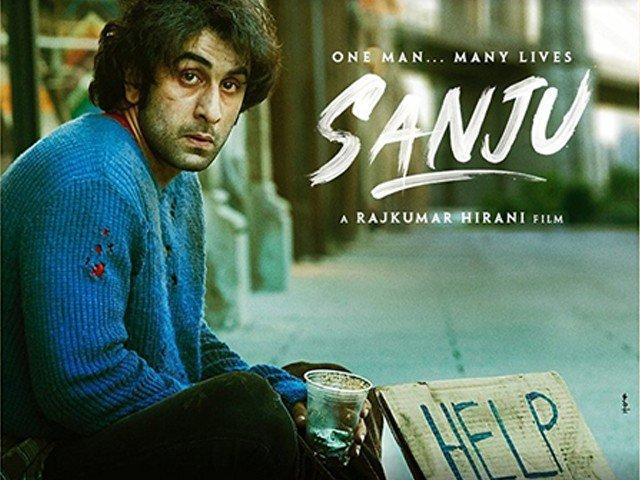 Being a therapist, I have seen people and families facing all kinds of stigma for having any psychological issues, but never have I ever seen a stigma so intense and heartbreaking for the family as that of drug or substance abuse disorder

Growing up, I had a close maternal relative living with us who was addicted to drugs and substances

As a child, I had seen him suffering and struggling with himself and desperately jumping to any channel of healing that would promise solace

From pir babas to rehabilitation centres, he went looking everywhere for a way to get rid of his addiction and regain self-control

He lost his family, he lost his children, he lost his career, he lost all his self-respect, he lost the love of everyone who once cared for him, and in the end, he lost his life amidst other people like him, probably on a footpath or under a bridge – homeless, hopeless,  loveless, childless and kin-less

We still don’t know where he went after running from rehab for the 10th time, one of the addicts told us that he died years ago on the street and was buried by Edhi services

Now, a decade after that, as a therapist, I realise that he had schizophrenia and his addiction was a response to that mental condition – as it is with people with a psychotic disorder

Fast forward to 2018, I watched Sanju recently and despite disagreeing on so many aspects of the film, my heart cheers for how he triumphed his addictions

When I heard one of my acquaintances say that Sanju was just the glorification of a loser, I got triggered emotionally

com/watch?v=1J76wN0TPI4 My blood boils when I hear opinions of people reflecting the general attitude of our society towards drug and substance addiction

I spend half of my day with people struggling with relationships, failing at life, seeking parental support in their 40s, surviving multiple divorces and staying at the mercy of their weak self-control in terms of food, pornography, sex and drugs

I don’t know Sanjay Dutt, but I know these people

Would you not celebrate if people won from cancer, a disease that slowly spreads and kills you? Addiction ruins your life before slowly deteriorating your health and killing you

While watching Sanju, we should be inspired by his strength and his willingness and not be disgusted by his problem in the first place

People within and outside the campus went berserk and held Bajwa responsible for his own death – acting as if he did not deserve any sympathy, grief and mourning

In our country, the taboo of losing one’s life to drug overdose is bigger than the taboo of suicide; Bajwa was seen as a complete waste of life and nothing else he did mattered to anyone

Nobody saw him as a son, as a friend, as a student and most importantly, as a human being

It was forgotten that keeping drugs may be an illegal act, but the psychological factors and craving that lead Bajwa to OD were problems that needed to be addressed

Given that, I wish people could understand that addiction is a psychological disorder just like depression or anxiety

Yet, it is stigmatised the most

We tend to hate addicts, believing that they have it all under control and just need to “man up”

We cannot even comprehend the cycle of shame, guilt and self-loathing an addict goes through before escaping into the drugs again as a coping strategy

We have no idea that one gets addicted because one has the genes for it, and the mere absence of these genes doesn’t make you a smarter or better human being

He is not someone you disown or turn away, that will not solve the problem

Instead of seeing addicts as disgusting human beings, we need to show some empathy and help them

Mental illnesses themselves are taboo but addiction is never taken as an illness; it is taken as lack of self-control which to society is merely a flaw in the person’s character

It is time we change that!