Ali Begum: A symbol of grit and perseverance making history in a no woman’s land

Home Blog Ali Begum: A symbol of grit and perseverance making history in a no woman’s land 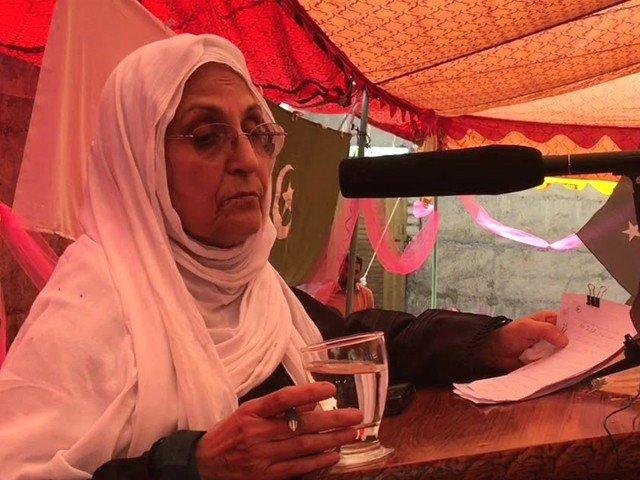 This callous attitude towards women is leading us nowhere

Notwithstanding our patriarchal and ultra-conservative society where gender discrimination and a misogynistic mindset still prevail, there is a valiant and indomitable woman who is defying the stereotypes of a male-dominated tribal society

Ali Begum, a woman who not only had an illustrious career in public service, but one who made it to Grade 22 of the highly competitive Pakistani bureaucratic hierarchy

Now, she is contesting the forthcoming General Elections from the NA-46 constituency in the Kurram Agency, where she has to compete with more than 25 male candidates

com/Mrs_AliBegum/status/1006036982471028736 What’s more challenging for her is the fact that she is surrounded by powerful and seasoned male candidates like Sajid Turi, Syed Iqbal, Ibrar Jan and Irshad Hussain Turi, all vying for the same seat

Although all of her political rivals are equally strong and competent, yet she seems poised for this unprecedented competition against the twice-elected MNA Sajid Turi, who poses a daunting challenge to her goal

She knows that winning the seat against the powerful and influential male candidates is a hard nut to crack, nevertheless she is all set to break the status quo by becoming the first female public representative from the Federally Administered Tribal Areas (FATA)

Having served at different posts during her long service tenure, she doesn’t face any problems in interacting with male and female voters alike

It’s already a great deal of success for her to contest against male politicians, bearing in mind that precedence for events such as this is rare in Kurram – a part of erstwhile FATA

Women in the tribal areas are craving empowerment and inclusion in the political set-up, and in a situation like this, no one other than Begum can contribute more to achieve that end

After all, the participation of women in political activities indubitably bodes well for this long-neglected area

If Begum is fortunate enough to make it to the National Assembly, it will be the biggest feat yet in the history of the tribal areas, where no woman has ever been elected to the Parliament of Pakistan

The odds are stacked against her, and it’s not going to be a cakewalk for her to make history by becoming the first ever elected female parliamentarian from the tribal areas

That being said, men and women alike can be seen campaigning for this dauntless, magnanimous and judicious woman

Despite already having so much to her credit, Begum wants to do something for the women who haven’t yet gotten the dividend of freedom and prosperity

For now, she faces an uphill task of knocking down her male political rivals in her constituency, before committing herself to the cause of women empowerment in this underdeveloped and relatively restive area

Giving an interview to a local news channel, Begum said, “There comes a time when a person strives to better his or her own life and then that of one’s family life

” Like her male counterparts, she too has vowed to change the political landscape of her constituency if she is lucky enough to be given representation in the upcoming General Elections

Given her past credentials, the best case scenario for this long-neglected area would indubitably be her election to the respective constituency

Begum has what it takes to be a visionary leader