An open letter to CJP Saqib Nisar: If a prime minister can be put behind bars, why not Rao Anwar?

Home Blog An open letter to CJP Saqib Nisar: If a prime minister can be put behind bars, why not Rao Anwar? 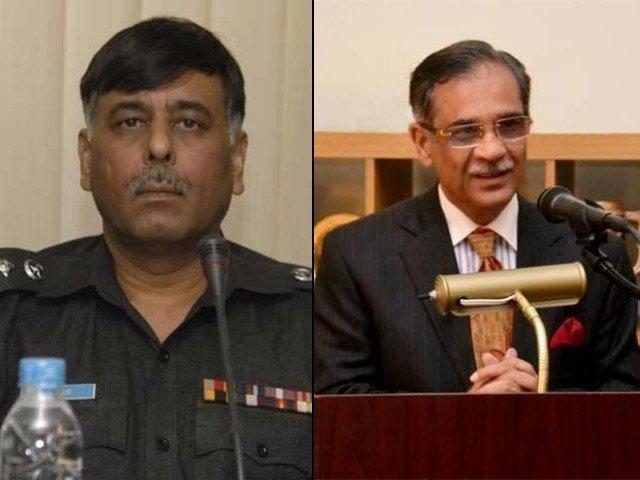 Moreover, the way the apex court took notice of the fee hike in medical colleges should be applauded

This truly touched the hearts of every Pakistani

As the water crises grew out of everyone’s control, you took it upon yourself to push the government to build dams

You not only asked people to donate money for this extremely important cause, which is directly linked to their survival, you also took a step forward yourself by donating Rs1 million to build the dams

After all, it was your step that encouraged Karachi Mayor Waseem Akhtar to donate Rs1 Lakh to the cause also

You took on the Sharif family, and despite the fact that they have been in power for three decades in this country, you left no stone unturned to ensure that justice is served

Verdicts, one after the other, disqualified Nawaz Sharif and showed your level of seriousness when it came to corruption

And now he will be put behind bars

For me, these accusations from Pakistan Muslim League-Nawaz (PML-N)’s supporters were as ridiculous as their leader’s previous claims to control electricity shortage in six months

However, there is one case that still needs your dire attention

Naqeebullah Mehsood is still left void of justice and his culprit, Rao Anwar, is still not treated like a criminal

Your fiery statements and sincere efforts regarding justice for common man were a surety for me that this time, the powerful won’t be spared

After all, you were doing everything to ensure the interest of common citizens of this country

But the way the events have unfolded in this case, I am almost hopeless now

With all due respect, every hearing in the Rao Anwar case is pushing me down this road of fading hope

It’s not only about the pace of progress

I understand that you can’t change things completely in one go and this will take time, Sir, but the way Anwar is treated in the court has befuddled me

A picture speaks a thousand words; have you seen the way he is walking around court premises? A murderer, who is allegedly involved in several extra-judicial killings, is getting salutations from on-duty police personnel

From the very beginning, this case has been handled in complete contrast of the kind of image and precedence you have set; hard on criminals and soft on victims

When Anwar was summoned, he showed up after almost a month and surprisingly, no serious questions were asked regarding his whereabouts

Adding insult to injury, he was accompanied by men in uniform

How on earth does this go in line with basic justice? How can someone accused of numerous murders and connected to such a sensitive case, find himself in judiciary’s soft corner – a judiciary so powerful that it dethroned a sitting prime minister? Naqeebullah’s family has been pushed to the wall in every possible manner

What happened to all that commitment to provide justice to the common man? If this humiliation was not enough, this killer sent a request to the Supreme Court to unfreeze his accounts

And, the mockery of justice at its pinnacle, his request was duly accepted! How can, in any sane world, a killer who is on trial, that too in a high profile case, even ask to “unfreeze my accounts”? And why did our justice system deliver on his request? Is that how criminals are treated in a country where they should fear justice? If that wasn’t enough, Mohammad Jibran Nasir recently shared a video showing Anwar walking comfortably out of his car and police officials were saluting and greeting him

This is not only depressing for us, the general public, to see but it must be devastating for Naqeebullah’s family to see his killer walking around like no one can touch him

com/MJibranNasir/status/1014451919312613376 I don’t think words can suffice the pain a common citizen goes through when his hopes are shattered, in fact, bulldozed in such a ruthless manner

Is the Supreme Court of Pakistan helpless when it comes to real power corridors? Should citizens believe that the corrupt will be taken to task only when it suits the powerful in this country? All of your blazing statements regarding delivering justice to the common man should be considered true in a particular context? And, sorry to say, but should it be treated as a political rhetoric which can’t hold water if a criminal is as powerful as Anwar? Or should we believe that in this country, Anwar is actually more powerful than the prime minister of Pakistan, because he has connections with the right people in power, something Nawaz failed to maintain? Sir, as a citizen of Pakistan, it seems that the concept of equality in the eyes of justice is exacted in the famous George Orwell’s book, The Animal Farm: “All animals are equal but some are more equal than others

” Can you prove this wrong by making an example out of Anwar? Can you? All of us have been let down too many times and we trust you to deliver justice because you have the power and the willingness

We wait diligently for you to take appropriate actions