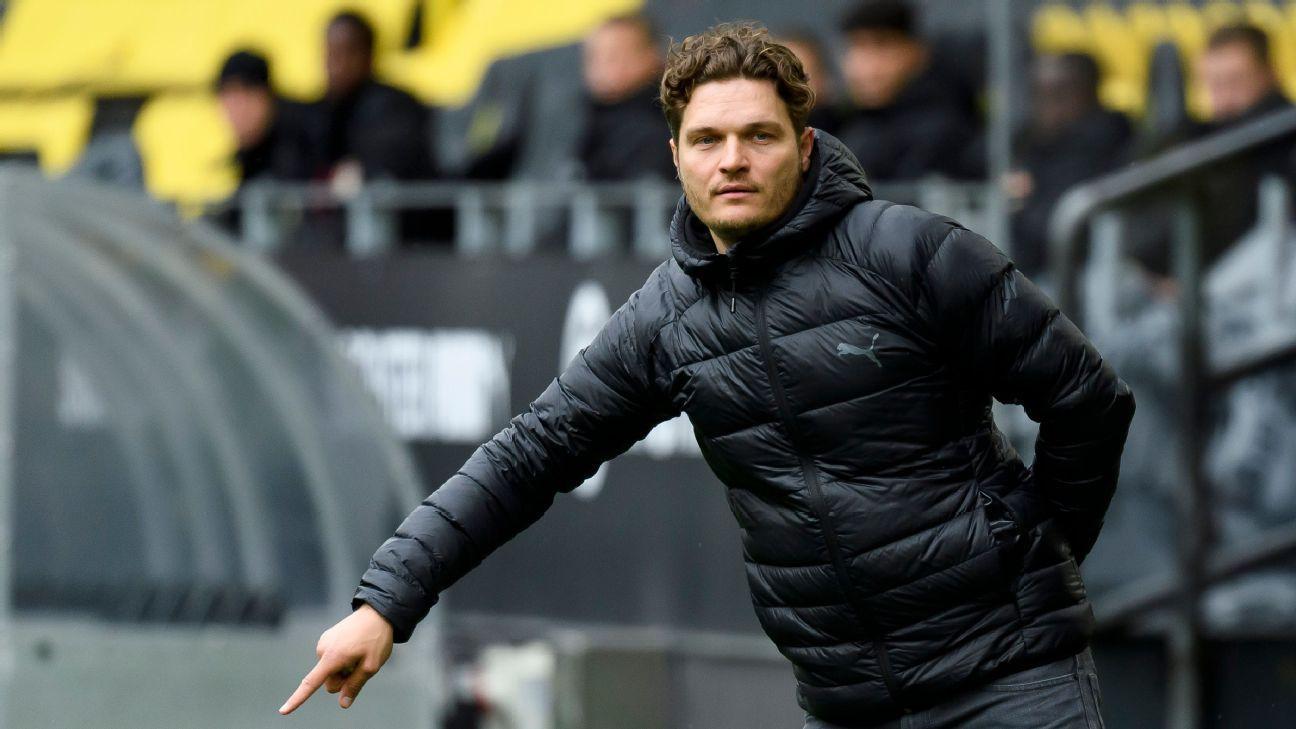 Terzic, 39, was made interim boss for the last five months of 2020/21 when Dortmund won the German Cup, but has been made permanent head coach after Dortmund parted company with Marco Rose last week

Having been technical director of Dortmund last season, Terzic has been handed a contract until 2025

"We held several intensive talks with Edin Terzic last weekend and are convinced that this decision is the right one," said Dortmund's new sports director Sebastian Kehl

"Edin knows our club, the environment, a large part of the team and the adjustments we want to make in order to be successful

" Terzic will be tasked with improving on results after Dortmund finished eight points behind Bundesliga champions Bayern Munich, who beat them home and away

Dortmund also failed to qualify from their Champions League group, then lost a play-off against Rangers in the knock-out round of the Europa League

"The energy of Borussia Dortmund, plus the possibility of playing regularly in the Champions League, led me to my decision," he explained

Ozcan, a product of Cologne's academy, was part of the German team which won the European Under-21 title last year

"He is one of the rising players of the past Bundesliga season," added Kehl

"He is immensely strong in challenges and has a strong header

"His mentality and physicality will be good for our team