Can passion make a nation rise? 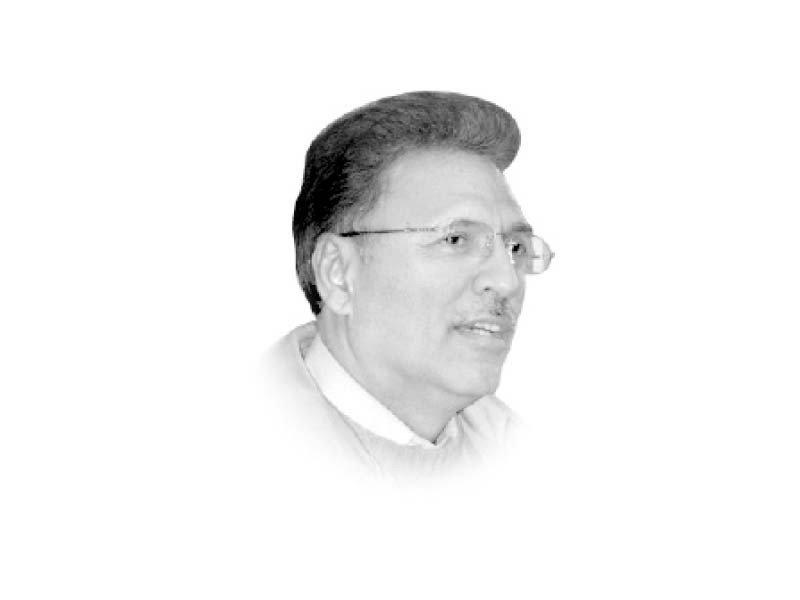 “Arif you must stop reading fiction, and learn philosophy,” said my mother taking away Harold Robbin’s novel The Carpetbaggers from my desk while handing me The Republic which is a Socratic dialogue written by Plato about the order and character of a ‘just’ city state

In a discussion with his young companion Glaucon, Socrates describes that a ‘just’ state must have some form of democracy for good decision-making together with open opportunities for trade including making and selling of goods

Glaucon inquires whether these two things are enough, Socrates states in the negative, that a just state can neither be built nor defended without ‘Thymos’ which in Greek refers to passion

Thus he, around 375 BC, described a tripartite soul, for a complete man and a just state

More than two millenia later, Francis Fukuyama insists that history has ended, and that two qualities of man — one from his mind and the other from his body — are decisive

Liberal Democracy as a form of government for all nations, and a free market Capitalism for the needs and wants of humankind have won this evolutionary battle

Samuel Huntington challenged Fukuyama’s bipedal analysis taking it back to Socrates, of a tripartite-soul based history, where identity of religion, language, race, or a shared history are passions that cannot be ignored; hence, there is and will remain a clash of civilizations, the groupings of which will keep on changing in the kaleidoscope of time

The Quran advocates mutual consultation as necessary for governance, and commerce for livelihood

It also gives the identity of an ‘Ummah’, of a people who believe and then defend the society built on those beliefs for a just and fair state

The human soul is a mix of various ingredients as well as emotions of love, hate and phobias that throw the proverbial spanner in the whole mix of decision-making

This then modulates our lives as individuals, families, tribes and nations

Today, there is a growing frustration in the world due to the contradictory policies of the West

The Western biases and double-standards can be clearly seen during human catastrophes and crises, such as war and of refugees where humanity is exhibited selectively based on the race, colour and religion

It seems that great powers only pay lip service to the ‘rules based global order’ and resultantly international organizations formed after the 2nd World War, are being bent to safeguard the interests of the West

In this scenario, I am sure that the people of the world are in dire need for a ‘morality-and-humanity-based world order’, whose force and efficacy does not spring from the barrel of a gun or people of certain religion or race or colour

Where does Pakistan stand in this situation? Will Pakistan rise to lead itself and the Ummah towards a just global order? I am of the strong conviction that it will surely rise to the occasion but not until it becomes economically stronger and builds itself morally, intellectually and technologically

In this era, the road to glory is not too long and requires passion, unity and consistency of efforts

A country that has emerged from the decadence of the Mughal empire, betrayal from within, and colonial brutality, the lowest in 1857 which William Dalrymple writes about the smell of human blood and flesh was in the air for weeks in the streets of Delhi

For brevity, from such a catastrophe emerged Sir Syed Ahmed Khan who pushed Muslims towards knowledge, and then Allama Iqbal igniting a sense of self-esteem’ which he calls khudi in the Ummah and Quaid-e-Azam crystalizing us into a geographical nation-state

A sense of pride in who we are historically, the pan-Islamic vision of Iqbal in his lectures ‘Reconstruction of Religious Thought in Islam’ and his phenomenal poetry together with Jinnah’s vision, and an emerging mix of a passionate expression of identity and dignity, all seem to be the perfect ingredients in the cauldron of history for a Pakistan of our dreams

Today, Pakistan is at a crossroads and passions in our country have been ignited like pent-up steam

The choice is ours and responsible leadership matters more than ever

We need to sacrifice to handle the crises facing us, not by the poor alone but by the elite that has been sponging more benefits than is their right

Then we shall build

Guidance can emerge from institutions and political leaders both

We are challenged even today by the evils of lack of freedoms including that of religion, jobbery, nepotism and corruption that were well highlighted by Jinnah in his speeches

Have we learnt and are close to our envisioned nationhood or are we still in the throes of confusion? Heaven knows, but I see a very visible spark of awakening in the belly of the 5th most populous country in the world

Ready to drive a locomotive if we can unite, or scald and burn the already suffering nation, if we polarize ourselves

Crisis itself carries opportunities and is bi-directional, leading towards a fall into an abyss or to take flight into the skies of tomorrow

There is a need to sacrifice as our economy will be stressed, not by the poor alone but the elite that has been sponging more benefits than is their right

We must continue our struggle to promote democratic values and establish institutions that incorporate love, compassion, fairness, freedom and equality in society

The nature of man is good, also greedy, emotional and bad

It is our struggle, and indeed of all religions to establish institutions that incorporate, love, compassion, fairness, freedom and equality in society

“Did you finish The Republic?” my mother asked me after a month and we discussed ‘logic and reason’ which she wanted to inculcate in the 16 year old’s mind

We never discussed the role of emotions in our decision-making, but if she were alive today she would agree when I tell her that “Amma! Logic and reason alone without passion would make for a very dry, unfulfilled life

” The time is exactly right today, so let me make an emotional appeal, as without passion the Ummah cannot fulfill its own dream