Racism overshadowed Ozil in Germany, but at Arsenal, a season of magic awaits

Home Blog Racism overshadowed Ozil in Germany, but at Arsenal, a season of magic awaits 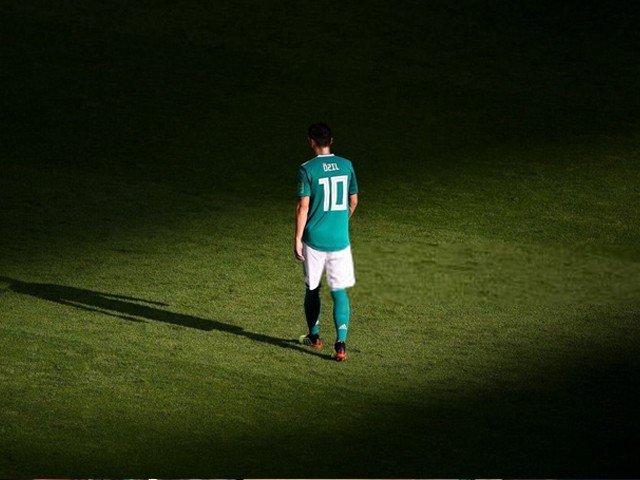 It was also that summer that my obsession began with Ozil

The five-time German Player of the Year, who has earned 92 caps for his country and assisted a record of 40 goals, however, hung up his black and white shirt

Scapegoated by German media for the team’s recent performance in Russia, racially abused by the German Football Federation’s President and disowned by many of his sponsor partners, Ozil said, “Enough is enough

To disagree with the politics that he propagated, is one thing

“When we win, I’m German

When we lose, I’m an immigrant

“When I score I’m French, when I don’t I’m an Arab,” France’s Karim Benzema said

In the same vein, Belgian striker Romelu Lukaku has spoken about how when the national team wins he’s Belgian, but when they lose he is a Belgium player of Congolese descent

For Ozil, this has been nothing new

In his autobiography Gunning for Greatness, he spoke about his childhood and how during football trials someone with a German name would be chosen over him, even if they were not necessarily better than him

This is what makes Ozil’s stand even more powerful

However, he has always been committed to bettering others

On the field, he does that with his feet

Off the field, he has started a worldwide dialogue on racism and refused to stand by and take the injustice

What hurts the most is his lonely farewell

Having worn the Germany jersey for over nine years, one would expect Ozil’s German teammates to come out and speak against what Ozil has faced

To realise that this is bigger than football

Resignations of Philipp Lahm, Bastian Schweinsteiger and Lukas Podolski saw a flood of social media messages by their German teammates

In Ozil’s case, there has been mainly radio silence

“I watch what politicians say about African migrants when they are unemployed, when they may commit a crime, or when they’re considered unsavoury, they are ‘African immigrants’,” Noah added

However, “when their children go on to provide a World Cup victory for France, we should only refer to it as France”

com/TheDailyShow/status/1019751037853241344 This echoes the sentiments of Ozil, Lukaku, Benzema and any other player who has faced discrimination for their immigrant background

Only when they win, are they included into the team

When they are losing, their immigrant background makes the headlines

As my favourite football player hangs up his international jersey, I am hit with a gulf of sadness that I will not see him play on the international stage again

However, already a World Cup winner and five-time German Player of the Year, his retirement only solidifies his legacy