How did the ECP manage to mess up the elections?

Home Blog How did the ECP manage to mess up the elections? 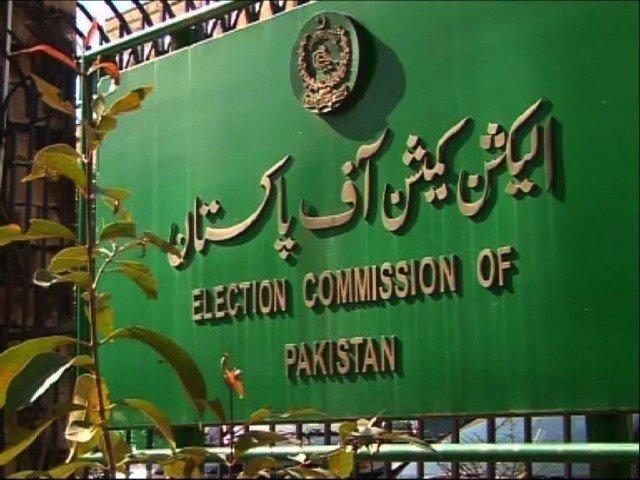 Rewinding a few months before the elections, political parties were complaining of favouritism for a single party

Fast forwarding to a few weeks before the polling day, it was observed by several onlookers that in fact, the colours being draped across the streets of Pakistan were being handpicked and chosen as per instructions

So much so that the wave of electoral politics crashed towards the openings of a certain party, and in doing so, paved way for the alleged pre-poll rigging

This was certainly not aided by the fact that postal ballots were found to be misused in Sindh, while a heap of computerised national identity cards (CNICs) were recovered from Lahore just a few days prior to the polling date

Furthermore, a security lapse of account of the transgender community was highlighted, who fielded candidates for the first time

This was met by a rather embarrassing admission of harassment, abuse and mistreatment on polling day

It is a widely known fact that politics in Pakistan is run by two major factors, namely money and electables; so much so that even Imran Khan finally admitted to this political need

And by surrendering to the need of the hour, he was able to muster enough seats to form what will be the Government of Pakistan in a few weeks

However, certain questionable factors took place during and after polling that led to the tainting of what was being considered one of the fairest elections in Pakistan’s history

Firstly, the 8300 helpline for the identification and verification of polling was not just overcrowded to a degree of collapse, but also proved to be inaccurate

This was further aggravated by the voters not having been explicitly informed that phones were prohibited inside the polling stations, begging the question: why? After all, apart from the obvious task of capturing suspicious activities, phones also held crucial information to help voters, such as in obtaining the processed code to swiftly identify rooms and booths

Furthermore, political parties also accused the security personnel of enforcing their control over polling agents, and suspiciously kicking them out after 6:00pm, when poll counting was to be initiated

To make matters worse, election officers failed to hand over the prescribed Form 45, and foolishly signed onto white pieces of paper for final results

The RTS (Result Transmission System) broke down under the immense data pressure, and the Secretary Election Commission stuttered into the limelight, apologising frantically

What was most shocking, however, was the fact that election results kept rolling in but could not be completed within the timeframe allotted by the Election Commission of Pakistan (ECP), which allowed for serious reservations

What was envisioned to be a swift, smooth digital process became a tangled web of misinformation

In the multi-party conference (MPC) convened by the Muttahida Majlis-e-Amal (MMA), there was unanimous agreement to reject the election results, but consensus was not reached on whether all participants would refuse to take oath

There was a clear divide, as some wanted to accelerate through an agitation, while others preferred entering the corridors of power

The fact that Pakistan lies at the brink of despair due to the pressing issues scathing the economy, law and social sectors, there is little room for such collision

The opposition is still fired up after a humiliating defeat of key political leaders, and are hell bent on a tirade of electoral irregularities which they conveniently refused to consider five years ago

But the tables are turning, and the victorious party is ready to lead from the front

In a statement issued by the prime minister in waiting, the matter was laid to rest on account of the proposal to conduct an upscale, thorough and impartial investigation into the specified constituencies, as per the demand

However, there is little evidence to suggest whether these findings will be honoured or not, or whether this line of action will even be entertained

But to inch closer to the dream, the electoral process needs to be amended, improved and innovated

Digitising the process is key, but must be done well ahead of time to save the ECP the embarrassment it faced this time

The political parties need to huddle together, along with the ECP, to bring about adequate reforms so that no man or woman has the audacity to question the authenticity of the polls

If the fundamentals of the process are strong, the pillars and structure will eventually gain necessary power

For democracy to gain deep footings into an infertile hegemony, it is necessary for the institutions to be made autonomous and independent of any influence; be it from politicians, judges, generals or bureaucrats

If we fail to do so, there is no saying what the public will respond with

To aspire for a democratic belief as that of Turkey, where the public refused to give in to the military coup, the governments in succession need to flaunt the ideals of democracy to the fullest, in benefit of the common man

The people are exhausted and frustrated by the constant bickering and mockery of the term ‘jamhooriat’ (democracy), and are finally breaking the conventional bounds that once seemed impossible

For a society to progress towards a more equitable and progressive state, the voice and representation of the public must be transmitted above

And if done appropriately, the welfare and wellbeing of the people can finally be ascertained

Therein lies the “Pakistaniyat” our Quaid once strived for, and we all must struggle to achieve

” (This is the mark of nations alive in this society, That their destinies change day and night