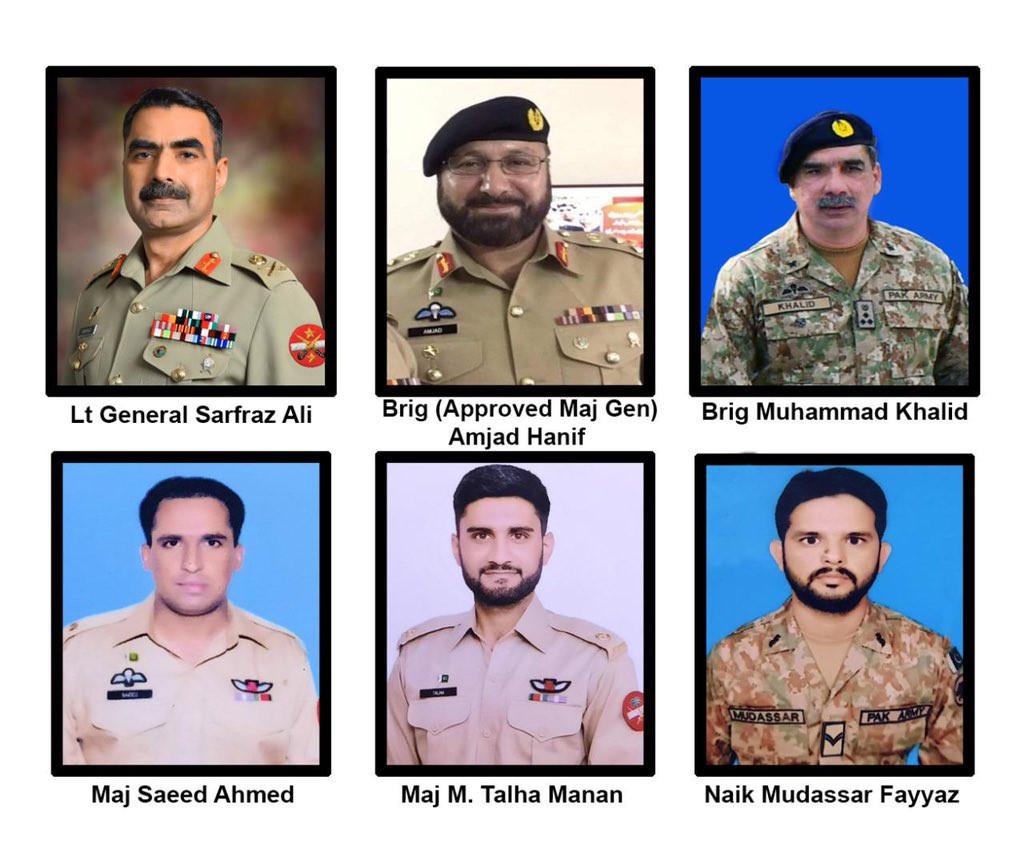 The army on Friday strongly condemned what it called “hurtful and derogatory” comments made by a certain group of people following the helicopter crash in which six army officers, including Quetta Corps Commander Lt General Sarfraz Ali embraced martyrdom

Most of those making such comments were apparently from a certain political party, which felt it was hard done by the country’s security establishment

Without naming any political party, the military’s media wing took strong exception to the campaign on social media

“While the whole nation stood with the institution in this difficult time, certain insensitive quarters resorted to hurtful and derogatory comments on social media which is unacceptable and highly condemnable,” the statement added

The wreckage of unfortunate hel which was on flood relief ops found in Musa Goth, Windar, Lasbela

com/dnyano2vqC — DG ISPR (@OfficialDGISPR) August 2, 2022 Later, Director General ISPR Major Babar Iftikhar explained that they were compelled to issue a statement after a certain group of people launched a hateful campaign against the army and its leadership

Read: Copter with army general on board goes missing “This should not happen

We must reject those elements,” the chief military spokesperson told a private news channel

“This is unacceptable and it should be condemned at all levels,” he insisted

When asked about reports that President Arif Alvi was stopped from attending the funeral of martyred army officers since victim families did not want it, the spokesperson said he would not comment on it

The establishment, particularly its leadership, has been in the spotlight ever since former prime minister Imran Khan was removed from power through a vote of no confidence in April

While the Pakistan Tehreek-e-Insaf leadership was making indirect references, its supporters were more direct