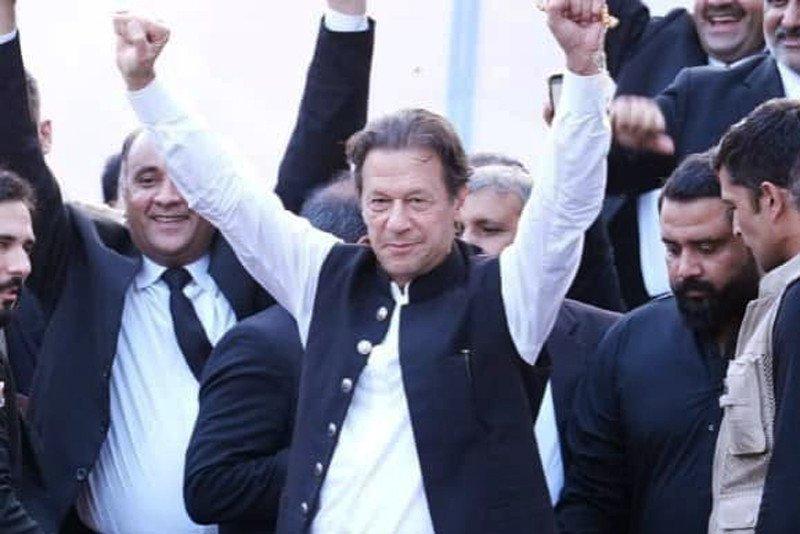 Addressing the All Pakistan Lawyers Convention in Lahore, the PTI chief highlighted that the country was fast heading towards civil unrest

“Right now, there is a law of jungle in the country

Law enforcement agencies, which are responsible for enforcing the law, are breaking it,” he maintained

“The ‘imported’ rulers are using state machinery to silence journalists, intellectuals, social media activists and other opposing voices just to save their looted wealth,” he added

The PTI chief claimed that he had never witnessed such a situation in any democratic country in the world where decisions about the country’s most important appointment – the army chief – and national security were being made in consultation with an absconder and convict, referring to PML-N supremo and former three-time premier Nawaz Sharif

This group is operating and roaming around freely,” he added

“It cannot be possible in any civilised state [the alleged treatment meted out to Gill] but it is in Pakistan because there is no rule of law,” he maintained

“Fake cases are being registered against [political] opponents,” he added

“Rupee has depreciated 33% since the ‘imported’ rulers came into power, while the wealth of foreign rulers has increased at the same rate,” the PTI chief maintained

“Inflation and unemployment are on the rise and it has virtually become impossible for common citizens to make both ends meet," he added

Imran said the ‘crime minister’, a term used for Prime Minister Shehbaz Sharif, had started begging from everyone for the victims of the floods and nobody was willing to give anything to him

Criticising PM Shehbaz for “begging” from UN Secretary General António Guterres, he said it was shameful that the premier had to give assurances to him that his donations would be used transparently for the welfare of the flood victims

“Everyone knows that 60% members of the ‘imported’ government are out on bail in corruption cases,” he noted

“They had managed to acquire a second NRO [amnesty] and secured their looted wealth by amending the accountability law,” he added

He asked lawyers and the people of Pakistan not to vote for any leader, whose wealth and assets were abroad

Can you name a single leader in the world whose assets are in foreign countries?” he questioned

But for that to happen, we have to ensure the rule of law in Pakistan,” he underscored

Earlier during a day-long visit to Lahore, Imran also met with Punjab Chief Minister Chaudhry Parvez Elahi and presided over a meeting of the provincial cabinet and party leaders