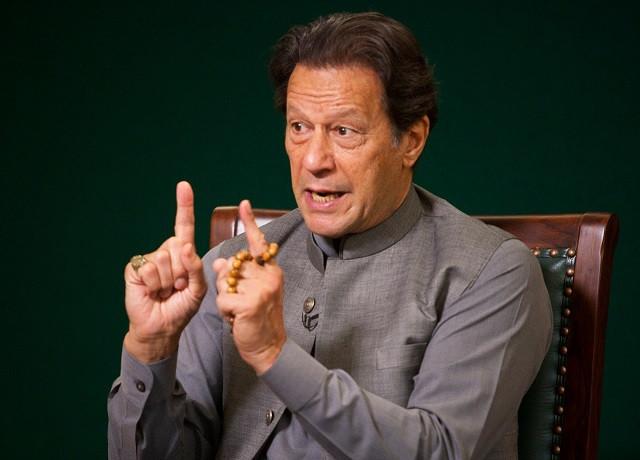 The PTI chief, in a provisional reply, a copy of which is available with The Express Tribune, stated that due to “serious misunderstanding and misconception” he had misunderstood that Judge Zeba was not a judicial officer but an executive magistrate performing executive functions on the federal government's directions

The reply, submitted through Imran’s counsel Hamid Khan, regretted that a wrong impression was taken from the PTI chief’s speech that he had threatened the female judge for approving PTI leader Shahbaz Gill’s physical remand

"Even otherwise, word ‘action’ used in the speech did not denote any ‘illegal/unlawful action’ against any person rather it was used for ‘legal’ and ‘lawful action’ which is right of every citizen of Pakistan,” the reply stated

It was said that the PTI chairman’s statement was “twisted and dishonestly manipulated” by the respondents to initiate proceedings under Anti-Terrorism Act, 1997

The petition contended that neither Imran’s speech nor the contents of the FIR registered against him disclosed any “schedule offence” which fell within the purview of Section 6 and 7 of the Anti-Terrorism Act, 1997

“If my words are inappropriate, I am ready to take them back,” Imran said

It urged the court to examine the context of the speech

“On the contrary, it was the legal right of every citizen to complain about the conduct/misconduct of a judge or any other public functionary in accordance with the law,” it maintained The former premier went on to say that the IHC had always shown restraint in such matters and allowed free speech

“It is submitted that the respondent had no motive (ill-will) behind the said speech or remarks, nor were those directed specifically towards the judicial officer

” The petition contended that after seeing visuals of the physical torture and hearing about the sexual abuse of Gill during custody, the PTI chairman had been disturbed

“The honorable acting chief justice observed that the matter was discussed in the tea room and all my colleagues unanimously agreed with proceeding forward,” the reply said

"All those judges who agreed to the initiation of the instant proceeding having pre-judged the matter, might have to consider recusal from the matter," it added

Imran also raised a question regarding the jurisdiction of the contempt of court proceedings, saying the registrar could not proceed without a reference from the lower court judge

Last week, the IHC had issued a show-cause notice to the PTI chairman and asked him to appear personally before the bench on August 31

Read: Hamid Khan to represent Imran in contempt case Imran’s controversial remarks against the judge were also made part of the written order

“Magistrate Zeba sahiba, you should get ready

We will also take action against you

All of you should be ashamed of yourselves,” the IHC written order quoted Imran as saying

Earlier this month, Imran while addressing a rally at Islamabad’s F-9 park alleged that Judge Zeba Chaudhry knew that incarcerated party leader Shahbaz Gill was tortured, but she did not release him on bail

The FIR also carried Section 7 of the Anti-Terrorism Act