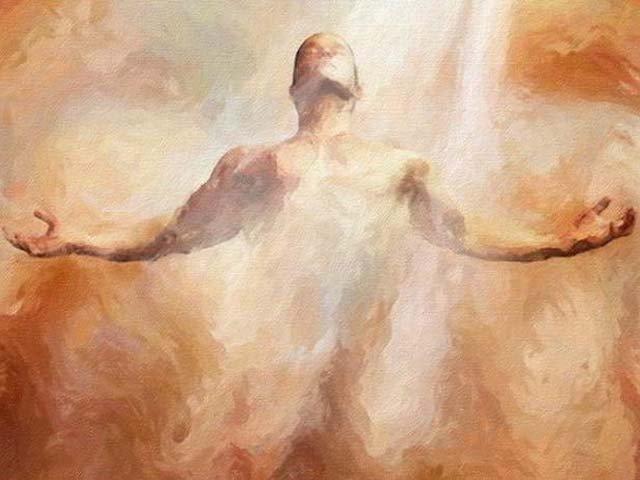 All the workings of one’s own soul, A world enamoured with ruby, sapphire and gold

The eternal wound of the first broken soul, The tale of horses, sons, women and gold

A day without forgiveness, For the farmer’s daughter, A day without compassion, For the butchers son, All in the name of me, I and myself

Until twelve past four

In the shadow of the patriarch, They cry for redemption, They cry for remorse, Justify the common sin, Oh Lord! The times clutch our soul! His eyes perceptively blinded, Until twelve past four

Such is he cursed with his dark materials, Immortalisation so easily shunned, From the hearts of the old and the young, The beast within still remains? The first wound forever edged into the walls of our soul

The vision of the parting seas, Or the Ragnarök of evil souls

There is a symmetry to this madness, As you sink into the sands of hold

For one day the sun will not rise, In its infamy, it will not conform, To the rules of the ants, Or the rules of the throne, The moon will shatter from its stationary form, The stars will scatter, their radiance gone, All that’s left will be our speck in the darkness and the will to conform

Father, forgive them, for they do not know, Beyond the jail lies the door, O Brahma! The door creaks, Indeed! A creation of the weak, the ignored, How can they be special? A simple mind with only heart and soul

Only by clay can it be slain, From the ashes your garden will remain

Call it a fashion, A plea of the ignored, Do not doubt them for a second, They are the eccentrics about whom history has foretold

Burning at the centre of time, ancient and forever

What is life without the ecstasy of influence you say? What is life rather a dream within a dream? For many fall astray! They utter, Was Jonah not forgiven for his faltered thought? Have you not learned, that fire burns and ice is cold? The scar, indeed is the greatest pedagogue, Not all who wander are lost, Let the citizens search for their souls, Let knowledge overflow their humble minds, As the universe expands into darkness, The day will come when all will be clear, The day will come when knowledge will be revered, The unseen currency of all the lands, Easily ignored like a hair strand, With one whiff it flies away, Only to be discovered once more

The ever restless sea of blue, The perpetual state of ungodly creatures, Ascend to reach that golden door, The vision of a world with no fear of the unknown

Curiosity, man’s greatest virtue, It’s result one cannot comprehend, Ask the unanswerable questions, Without it, our lowly speck in the darkness will never transcend

So live, die and be reborn, For all the world’s a stage, Us its eternal convicts

The vision such few witness, Truly the garbage of the oblivious

Out with the old, in with the new, Regurgitation the common law, Stifling the common practice, Knowledge the eternal king; curiosity its queen, To hell with subtleness, To hell with the soul, The circle broken, Let the rivers flow, Out of the ashes, you will rise, free, reborn

In the end it’s plain and simple, Evolve or conform