Heer Maan Ja: And the award for the best Eidul Azha film goes to…

Home Blog Heer Maan Ja: And the award for the best Eidul Azha film goes to… 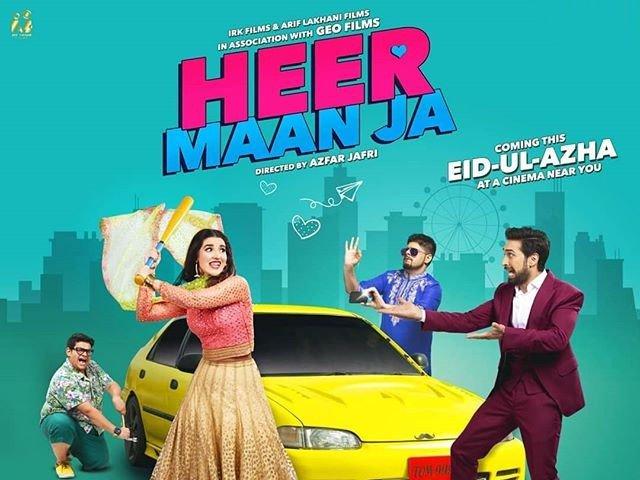 com/watch?v=k322Pq_LguM IRK Films introduced us to the world of Heer (Hareem Farooq), a young soon-to-be-married woman on the run from her conservative family

However, along with its entertainment aspect, the movie propelled its viewers to reflect on its hidden message about honour killing as well

All in all, the movie emerged as a winner because of a whole host of factors

To begin with, Hareem, Ali Rehman and Aamina Sheikh delivered noteworthy performances that were thoroughly enjoyable

Moreover, the robust chemistry between the lead pair, Ali and Hareem, was the core of the film that included quite a lot of comedy and a bit of trouble

This duo has previously shared the screen too, and their camaraderie and interplay as actors shines through every single time

And with that in mind, he came up with a creative strategy to keep the viewers hooked for two and a half hours with comedy, romance, drama and a powerful social lesson

He, along with his team, provided the movie with much-needed soul and sentiment

[caption id="attachment_86800" align="alignnone" width="600"] Photo: Screenshot[/caption] Two additional features that made the film worth watching were its choreography and music

The title track, choreographed artistically, was the most appealing, being an original and not an offshoot of some sloppy song

com/watch?v=vWRTo4lkdWw It is quite rare for a film to integrate different genres

For that reason, it is unfair to classify it only as a comedy film

[caption id="attachment_86801" align="alignnone" width="600"] Photo: Screenshot[/caption] All in all, the movie was a crowd-puller

The theme, direction and music of the film was thoroughly entertaining

There were no loose ends and each character got closure, especially Heer

Many stars made brief cameos that positively influenced the story

With emphasis on minute details, the film was shot and acted out smartly

Go watch for yourself and see how it turns out for you!