How the NRC further widens the religious fault lines in India 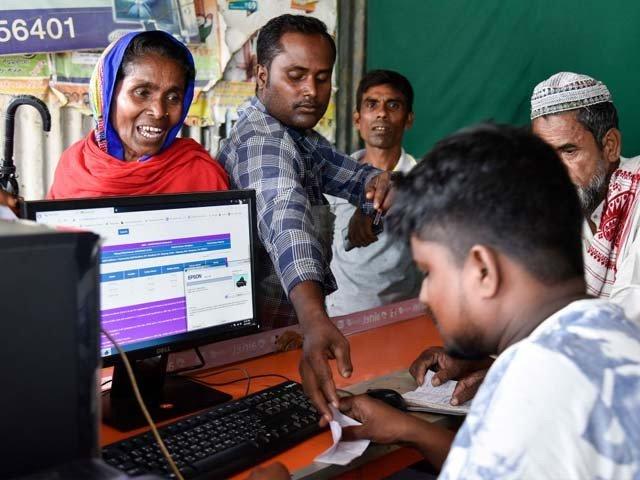 But with time, the NRC became an exercise aimed at weeding out illegal Muslim immigrants who had come in from Bangladesh

For generations, people across India have been fed the narrative that the majority of Muslims in Assam, who constitute 34% of the total population of Assam’s 32 million people, are illegal residents who have come from Bangladesh and settled down in the bordering state

As a result, many of the Muslims in the region have often been treated as outsiders

On the one hand, it was an opportunity to prove their credentials as an Indian, while on the other, many Muslims feared they would be targeted through the NRC and declared to be stateless citizens

On Saturday, when the NRC was finally released after five years of polarising debate, almost 2 million people were declared stateless

However, this number, for the members of the Bharatiya Janata Party (BJP), was too little to believe

In order to bolster claims about the threat posed by the Bangladeshi immigrants living in Assam, the Indian government had also declared that the more than 4 million Bangladeshis in Assam have led to the region undergoing a demographic change

However, Bangladesh has always denied the claims that there has been such a huge influx of people from Bangladesh in to India

Ever since 1947, the issue of illegal migration has been vexing Assam

That was why, in 1951, the first NRC was drawn up to determine who were the documented residents of Assam

But the first NRC was not controversial

In the 1980s, a violent movement led by students took place in Assam with the aim of weeding out illegal Bangladeshis migrant

The student agitation came to an end in 1985 when the Indian government signed the Assam Accord and, amongst other things, agreed to set up a new NRC in order to upgrade the previous one

In 2014, the BJP came to power in New Delhi and it also captured power in Assam a year later

In fact, many Bengali Hindus voted for the BJP in the hope that the party would help them gain their citizenship

But the tragedy is that the NRC, which was supposed to bring a closure to the debate about citizenship in Assam, has only exacerbated divisions in the region

The question is, what happens when the process finally comes to a close after the finalisation of the missing names? More than a million people will be rendered stateless

Where will they go? This is made all the more convoluted since India does not have any agreement with Bangladesh about the repatriation of refugees

As a result, many individuals named in the NRC who have been living in India for generations will have no country to go to

The travesty of the list is such that in some cases, a mother has been declared to be a foreigner while her children are Indian

Does the BJP intend to tear families apart? India has a rich history of sheltering prosecuted and hapless people from different parts of the region and world

The BJP talks about saving Bengali Hindus because for the BJP it’s not a humanitarian crisis, but a ploy to further their divisive politics and widen India’s fault lines

If we don’t follow a humanitarian policy vis-a-vis stateless citizens, then the country is going to witness a new humanitarian crisis

What kind of society would we be if we keep thousands of people in detention centres? The NRC was the result of a popular movement in Assam, but now that movement itself looks to have been born out of a misplaced fear

The NRC is no longer about citizenship, it’s a test for India to reclaim its civilizational values and secular spirit