The indivisible relationship of Urdu and Karbala

Home Blog The indivisible relationship of Urdu and Karbala 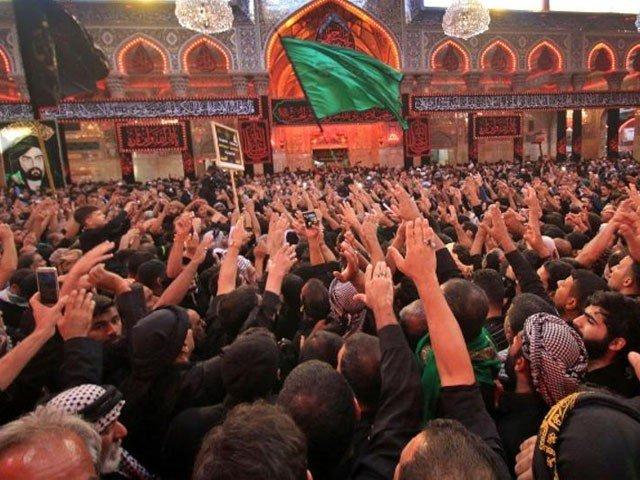 At one time, in one location, all the violence that can possibly take place came together

The tale of this tragedy is never ending

Translated in different languages, it has inspired many people all over the world

However, the relationship of Karbala with Urdu is unique

As soon as Muharram starts, we can vividly hear the story of Karbala and Hazrat Hussain (AS) echoing in the air

A tinge of grief grips the hearts of mourners

Karbala has become an indivisible part of Urdu literature

Urdu, as a language, has been commemorating Imam Hussain (AS) for years

Karbala and Urdu have an astute relationship with each other

Just like Urdu has repeatedly remembered Karbala, Karbala has also helped in constructing the language by the introduction of marsiyas, qaseedas and so on

First let us look at the work of Mirza Ghalib, who showers his praise on Imam Hussain (AS): Tab-e-sukhan o taqat-e-ghogha nhe humko Matam ma shah e deen k soda nhe humko Ghar phonkne me apne muhaba nhe humko Gar charkh bi chal jaye to parwah nhe humkoh Yeh kharga nah paya jo muddat sa bapa ha Kia khaima e shabbir sa rutbe ma siwa ha (We have neither the ability to write nor the strength to yell out/clamour We mourn the King of the religion, (and no) we cannot do any compromise on this mourning We don’t fear blowing away our homes (And) We don’t care if the heavenly spheres burn down This majestic pavilion without pillars (this earth) that has existed since forever Is nothing in its stature without Shabbir’s pavilion) Here, Ghalib expresses his loyalty to Imam Hussain (AS) and vows that no matter what, he will never stop mourning him, shunning even the bleakest possibility of compromise over his love for Imam Hussain (AS)

Ghalib considered Imam Hussain (AS) an ideal king, and loyalty demanded abhorrence towards any enemy of the king

Another stalwart of Urdu poetry, Mir Taqi Mir, also paid tribute to Imam Hussain (AS): Karta hoon yon biyan sukhan e raan e Karbala Ahwaal raaz-e-shah shaheedaan e Karbala Banka tha furaat pa maidaan e Karbala Piyasa hoa halaak voh mahmaan e Karbala Insaaf ki na aik neh chashm e neem baaz Khole sitam ke hath zabanain ki daraaz Qatal-e-Imam maqsad o tiyari e namaz Budtar the kafiro sa musalman e Karbala (I am going to narrate the story of Karbala like this These are the secrets of the circumstances of the one who was the king of martyrs The battleground of Karbala was at the shore of the Euphrates (Yet) that guest of Karbala was murdered thirsty None cared even a little for justice (And) brazen tyranny pulled out a mantra “Their objective was to kill the Imam (AS) and yet they were getting ready for prayer” The Muslims of Karbala were much worse than the infidels) Mir, in this marsiya, deciphers a marvelous irony that was present in Karbala 1400 years ago

Like many others, he is also stunned by the hypocrisy of the Muslims who were killing the grandson of Prophet Muhammad (PBUH)

Mir’s expression can be associated with the oppression in today’s world, where we see people who call themselves Muslims yet don’t think twice before killing other Muslims

The next poet whose poetry we’ll look at is none other than Iqbal: Haqeeqat e Abadi hai maqam e Shabbiri Badalte rehtay hein andaz e Koofi o Shaami (The place of Hussain (AS), the martyr great is fact, not bound to space or date, Though the Syrians and the Kufis may often change their wont and way) He says that the status of Hussain (AS) is the eternal truth while the hypocrites of Kufa and Syria keep on changing

Disappointed that Muslims are humiliated all over the world, Iqbal idealises Imam Hussain (AS) and adds: Qafila hijaz ma ek Hussain bhi nahin Garche ha tabdar abhi wadi ey dajla o furat (The caravan of Hijaz has not another Hussain amongst it Although banks of Tigris and the Euphrates are still as bright as ever) Iqbal laments that there is no Hussain (AS) left to take Muslims out of the distress they are in and that the Muslims of today have forgotten the sacrifice of Imam Hussain (AS)

Karbala certainly goes beyond any religion, culture or sect and that is seen in Urdu literature

While Muslim poets were eulogising Imam Hussain (AS), non-Muslim writers were also showing their love

Kunwar Singh Bedi, a renowned Sikh Urdu poet says, Lubb pay jab Shah-e-Shaheedaan tera naam aata hai Saamnay Saqi-e-Kauthar liay jaam ata hai Mujh ko bhi apni ghulami ka sharaf day dijio Kota sikka bhi to aaqa kabhi kaam ata hai (O Prince of Martyrs, when your name comes upon my lips I can see Imam Ali (AS) offering me the drink of Paradise Take me into your service as your slave Surely a fake coin can also be useful) Bedi grounds himself in front of the grandeur of Hussain’s sacrifice, and expresses his desire to be taken as a slave of Imam (AS)

(After his address, for followers Shabbir prayed With a war-cry, thick fight Shabbir assayed At truth’s altar immolated, Shabbir undismayed Within tents lamentation was, Shabbir was slayed On horse back sacred body, forehead upon dust Heaven’s door beyond doubt, lay beneath that dust

He narrates the heart-breaking tale of the last few moments of Imam Hussain (AS), when the Yazidi force averred that they killed him and the Hussaini camps were drowned in sorrow