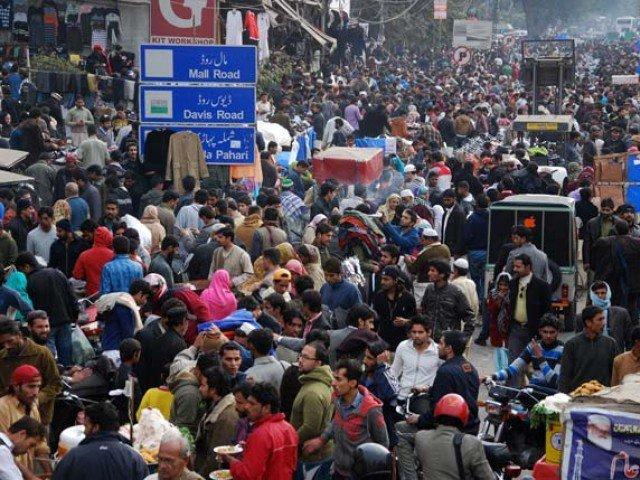 Realising the constraints overpopulation can have on a developing country’s socio-economic development, most countries in the region implemented policies that significantly decelerated population growth in a relatively short amount of time

As a result, Bangladesh currently has an annual population growth rate of 1

Pakistan, on the other hand, continues to experience a population growth rate of 2

Consequently, it has not received the financial, technical, and political support it deserves

It is worrisome that the issue is still not receiving enough attention because the size and age structure of a population has an integral relationship with a country’s economic, social and environmental development

Therefore, for a country like Pakistan, which is already beset with issues such as macroeconomic instability, poverty; unemployment; poor human development indicators and climate change, a population explosion is likely to pose a challenge to the country’s development

Since the rise in per capita income in Pakistan is slow, rapid growth in population will only lead to an increase in its woes

Additionally, massive population growth also runs the risk of increasing the incidence and intensity of malnutrition along with eroding the country’s food security

In lieu of low economic growth, additional population pressure will further widen the gap between the supply and demand of essential services and exacerbate systematic inequalities between different groups by concentrating access of resources in a few hands

This, in turn, could aggravate the situation of crime and urban violence

Pakistan is currently experiencing a bulge in the working age population

While this should be good news, the country’s inability to train and absorb youth in gainful employment adds fuel to the fire of social evils, such as militancy, extremism and use of unfair means to make ends meet

This situation cannot be automatically reversed by reducing the budget deficit

Instead, it would require a conscious effort to structure policies in a way that not only enhance the skill set of the youth but also allows them to engage in high return economic activities

However, an unchecked increase in population would divert the state’s attention and resources from formulating policies that help realise the advantage presented by this demographic window

Population pressure has increased the processes of deforestation, air and water pollution, climate change and mismanagement of waste materials

With thousands of new-borns added to the population each day, the process of environmental degradation will accelerate on the one hand while on the other, the country’s weak environment management capacity will be unable to mitigate its risks

This situation will be especially detrimental for rural livelihood practices and will, therefore, plunge the affected families into deeper financial difficulties

Unless population growth is brought under control, these disastrous scenarios will materialise and pose a threat to the country’s internal security situation

Pakistan is a few decades late, however, it can still avoid the impending doom if the state makes this problem a priority

To curb population growth, public policymakers should simultaneously work on increasing the demand and supply of contraceptives

On the demand side, it is important to inculcate a preference for smaller families by bringing about a behavioural change

There is an urgent need to overcome the social and cultural barriers, which prevent the uptake of contraceptives, through culturally sensitive awareness campaigns about the social and economic benefits of smaller families

Currently, the contraceptive prevalence rate in Pakistan stands at a mere 35%

Therefore, along with ensuring the availability of good quality contraceptives, there needs to be a focus on creating a cultural acceptability for them as well

For this purpose, the first step would be to collaborate with the clergy as no significant change can be brought without having them on board since religious leaders are considered to be an important authority in such matters

Additionally, experiences and outreach of the local non-governmental organisations (NGOs) could be used to implement tailor-made policies to improve the demand for, and access to contraception

On the supply side, public health planners should focus on ensuring continuity of contraceptive supplies to reduce the unmet need for contraception

In this regard, improving coordination between population welfare programmes and primary healthcare initiative or Lady Health Worker (LHW) programmes can play an important role

Campaigns at the community level, which raise awareness amongst women regarding family planning, will prove useful as they will also address the issue of female mobility and teach women how to use contraceptives

Moreover, the government should encourage the private sector and NGOs to expand their services outside of urban areas

At a policy level, it is important to link population policies with other policies related to improvement in health, education and women empowerment