The Maulana and the liberal predicament

Home Blog The Maulana and the liberal predicament 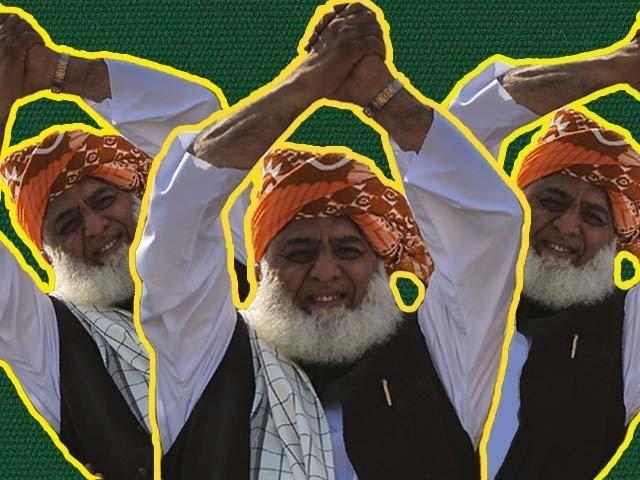 The liberal class has no united front and lack any leadership in the country, because of which they can never initiate a mass mobilisation

However, keep in mind that the PPP has been succumbing to the pressures from the right wingers ever since the time of Zulfikar Ali Bhutto

Hence, the current face of PPP holds very little appeal for the liberals in Pakistan, however they are searching for someone who will unite with them in their desire to take the charge against Imran Khan

com/MJibranNasir/status/1190296113280176131 Therefore, support of the liberals for Rehman indicates the helplessness on the part of the former

Having no leader or party who can champion their beliefs and espouse their political and social philosophy, this group is become increasingly vulnerable in Pakistan, as evidenced by their desperate attempts to find a kind of messiah, either in the uniform of Pervez Musharraf or now in the shape of Rehman

The liberals in the country are thus suffering from inertia, mostly because they have been brought up in considerably comfortable physical and social spaces and therefore shy away from taking to the streets

They have, over time, turned into merely a class of reactionary individuals who have gradually lost the nuance to analyse complex social and political affairs

They continue to view the people of this country in binary terms, with an understanding which fails to see religion as a social, anthropological and political product

This mending of fences between the liberals and the swathes of men who have currently descended upon Islamabad, though perhaps short lived, does provide a lesson for the deep state of the country

Currently, the deep state has essentially pushed the liberals and the JUI-F up against Imran Khan, resulting in a situation which has now become quite a mess

By having all its eggs in one basket, the deep state has created a deep mess for itself

The ever shrinking space for dissent in the country appears to have brought together the liberals, the secular nationalists and religious groups, but this does not mean that their aims, and the thinking which underpins them, are necessarily aligned

However, hope can be found in other quarters

The youth, especially from the Pashtun belt, are not only increasingly educated and politically aware but are also more prepared to sustain the hardships which they continue to face

Yet, it is their ethnic bond and decades long suffering that gives them their strength

Hence, amidst the cacophony of voices which have emerged as a result of the ‘Azadi march,’ perhaps it is the voice of the country’s youth which we should be paying the most attention to