PTI and the confederacy of dunces

Home Blog PTI and the confederacy of dunces 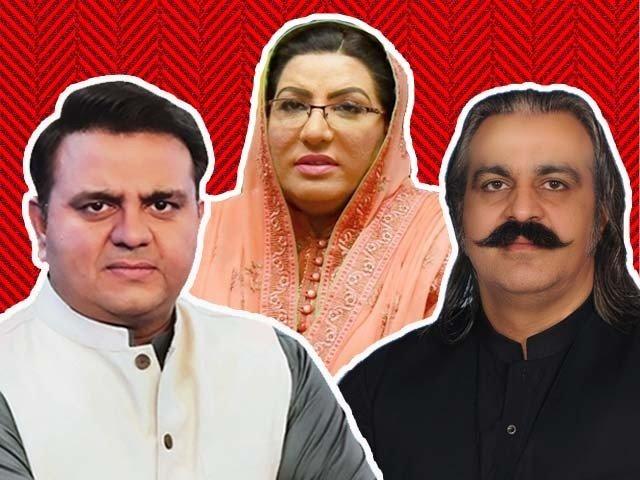 The problem is that despite the economic turmoil, eroding social fabric and increasing political instability, the strangely irresponsible attitude of the PTI ministers shows no signs of dissipating

Many of their statements and actions often come across as callous, unnecessarily controversial and divisive

Not only that, it almost seems as if several ministers are trying to outdo each other in this quest for relevancy

In a shocking statement, Minister of State for Climate Change, Zartaj Gul (who has already made several bizarre statements in the past) denied the hazardous levels of air quality in Lahore and called it deliberate exaggeration by “vested” elements

Instead of showing concern for the worrying increase in Lahore’s Air Quality Index (AQI) and taking appropriate measures to counter the smog, the minister instead chose to shift the blame onto India and the Jamiat Ulema-e-Islam-Fazl (JUI-F) march

com/zartajgulwazir/status/1189646414323826695 Minister for Science and Technology, Fawad Chaudhry, who is notorious for making controversial and confrontational statements, also endorsed the blame Gul had levelled on India for the smog and once again tried to mock the Narendra Modi government

It seems that Chaudhry has an obsession with India (which he deliberately misspells as “Endia”) and, in the recent past, he mocked the Indian prime minster on his birthday and also made fun of India’s moon landing mission

His statements about India are uncalled for, especially since it has noting to do with his ministry and he is therefore simply overstepping his mandate

1568726926939 One of the most irresponsible statements came from Federal Minister for Kashmir Affairs and Gilgit-Baltistan, Ali Amin Gandapur, in which he threatened missile attacks, if Pakistan and India went to war, on all countries who are siding with the latter

By issuing such a ridiculous statement, Gandapur, a sitting minister, has only increased Pakistan’s international isolation and worsened its security risks

Like Chaudhry, he has also overstepped his jurisdiction and unfortunately in an extremely delicate situation

Minister for Railways, Sheikh Rashid, another person known for making highly inflammatory statements, simply refused to take any responsibility after the recent railway accident which resulted in more than 70 causalities

Instead, he callously blamed the passengers

com/ShkhRasheed/status/1189819192800882688 Minister of Information, Firdous Ashiq Awan, has also issued several highly irresponsible and divisive statements, particularly about Nawaz Sharif’s illness (an issue on which she is by no means the only culprit)

In an already polarised political environment, she decided to make fun of Nawaz’s illness by calling it a hoax and also sarcastically attributing his low platelet count to his eating habits

Her statements were uncouth and uncalled for, especially given the fact that the government is already facing a lot of heat due to its highly questionable treatment of several opposition leaders

As previously mentioned, such behaviour at a time of social and economic turbulence is unnecessary, but yet it persists

So, what could be the potential reason behind it? Perhaps it is incompetence

When you have nothing to show on the performance front, then an easy way out is to indulge in brash statements, false bravado, shifting of blame and blatant denial

For instance, Gandapur “threatens” other countries because his government has not been successful in capturing global attention for the Kashmir issue and thus he hopes that such statements may temporarily excite PTI supporters